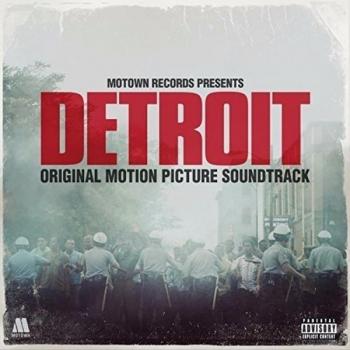 People swear they woke, but they walking in their sleep
I pray the Lord their souls to keep
Because wolves disguised as sheep patrol our streets
And we all know, that which you sow, you shall reap
Those who do know, you should teach
Through every loophole, we gon' leap until you reach
A common ground and become unbound
Because when your whole town becomes a battleground
Tears raining down

Every day I wear a mask like an umpire
Guess a nigga gotta laugh to keep from crying
Tonight another friend passed on the young side
It's bad 'cause a good friend's hard to come by
Justice is never color blind, never gun shy
For one crime, you may never see the sun shine
We know of one times, giving you the finger
'round hear it means, fuck you, it's not the number one sign
I hear they turning downtown to the front line
It's something like the same place but it ain't safe
They took it from the human race to a tank chase
The Devil feeding off hate so he gain weight
There's tainted waters in the well, so we can't taste
People dazed and amazed though it ain't grace
Impossible to coexist in the same space
Enter the black saint with the war-paint face

This generation, we've forsaken all that's real
What emotions do we feel?
Is your poison called a pistol—or a pill?
Some people say, "Let Jesus take the wheel"
Others say, "Thou shall not kill"
But that old time religion ain't gon' pay my bills
We've come so far, yet, here we are
Bruised and scarred, presumed inferior
We ain't scared o' y'all

It ain't fair
It's hard when you're looking for love
And it ain't there
Or try to read what tomorrow holds
When it ain't clear
Because the well is running dry
Racial tension is running high
Under 21 is far too young to die
My salvation's under fire
Rising and rising, oh!

To my, Arabs, Israelis, Native American, Mexicans
Invested in wrestling with Willie Lynch's next to kin
The rising of the tide, noose around the necks again
Look how they try to hide proof of all the excellence
The only tag you know me as is Holy Swag
Through any glass window, we smash, and bro we back
It's come to pass, I'm unabashed, so we have
An awareness of the only flag that's growing fast
I guess I'm tryna minimize regrets, I identify with death
That don't mean it's not an uninvited guest
I'm just tryna answer all of my requests
And express, in 140 characters or less
Why I'm the best educator, re-legislated, premeditated
Dedicated, heavy weight that ever paid it with blood
Not tuition without a cop's permission
I got a pot to piss in despite the opposition
Listen