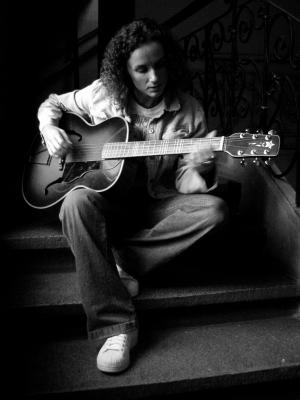 I heard some news today, said they’re closing up shop
Said they’re closing down the base, saving money, saving face
I guess there’s not much of that to waste
And I’m still wondering why I’m here
With this gun strapped around this so-called bullet-proof gear
Putting on my boots and fighting off my fear
I’ll be damned if anyone sees me cry
My war is painted on and my head is held high
But how dare you and what nerve you have to feed us your lies

There’s a father with a daughter, a mother with a son
That hero died a martyr by the president’s gun
I don’t know how to win, but I’m not going to lose
Somebody help us choose

I remember growing up with pictures of my dad
And pictures of my mother in front of the flag
Now, exists a picture of me where the background is the same
I don’t need a photograph or official document
To remind me where I’ve been or of the time that I’ve spent
Fighting a war within myself and for this government
Lineage suggests that this country is mine
Tradition would have me serve as though I were blind
Well, a new mission has been handed down to fight for the truth this time

It’s for that father with a daughter, the mother with a son
And that hero who died a martyr by his president’s gun
I don’t know how to win, but I’m not going to lose
Somebody, help us choose

Oh, say can you see, oh, beautiful
By the dawns early light, and for these spacious skies
We weren’t built on hypocrisy
Our foundation was poured and steeped in good
How did it get so totally, completely, absolutely, utterly, all-together
Misunderstood