Five Ways To Kill A Man

>>> Original poem by Edwin Brock, in “Poems from Poems and Jazz i... 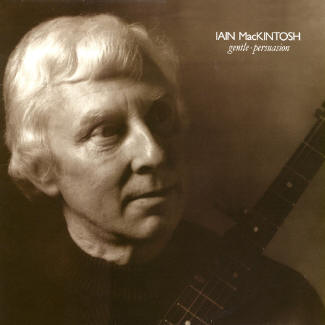 “Five Ways to Kill a Man is chilling in its deliberately emotionless tone as it uses the language of a practical manual to explore humanity's cruelty. Progress is reduced to the way in which mankind has "improved" its methods of killing. Inspired by a performance of Benjamin Britten's War Requiem and written quickly, the poem has an air of authority which Brock's reading emphasises.” (en.wikipedia)
There are many different ways a man can be killed
You can make him bear a cross up a hill
But for this you need a sandal-wearing crowd, a cock that crows
And someone to hammer in the nails, in the nails
And don't forget some thorns to make a crown

You can shape a piece of steel and teach him how it feels
To have it pierce the metal cage he wears
But for this you need white horses, bows and arrows and a cause
A prince and pride, two noble flags at war, flags at war
And a castle to hold your banquet in

Or dispensing with nobility, and if the wind allows
You may blow gas at him across a mile of mud
For this you'll need some trenches, plagues of rats, miles of wire
Black boots, a dozen songs, bomb craters and shell-fire
Then some more mud, and some round hats made of steel

In an age of aeroplanes, you can kill him without pity
Press a button and destroy him and his city
For this you'll need some factories, ambition and defiance
Two governments, a psychopath and all the latest science
And a land that no one needs for many years

There are many different ways to put a man to death
But all you need is a simple when and where
Just ensure he's born today somewhere on this earth
Do nothing else, my friends, just leave him there, leave him there
He'll do the rest himself, leave him there

Original poem by Edwin Brock, in “Poems from Poems and Jazz in Concert”, edited by Jeremy Robson, Souvenir Press, London, 1969.

FIVE WAYS TO KILL A MAN

There are many cumbersome ways to kill a man.
You can make him carry a plank of wood
to the top of a hill and nail him to it. To do this
properly you require a crowd of people
wearing sandals, a cock that crows, a cloak
to dissect, a sponge, some vinegar and one
man to hammer the nails home.

Or you can take a length of steel,
shaped and chased in a traditional way,
and attempt to pierce the metal cage he wears.
But for this you need white horses,
English trees, men with bows and arrows,
at least two flags, a prince and a
castle to hold your banquet in.

Dispensing with nobility, you may, if the wind
allows, blow gas at him. But then you need
a mile of mud sliced through with ditches,
not to mention black boots, bomb craters,
more mud, a plague of rats, a dozen songs
and some round hats made of steel.

In an age of aeroplanes, you may fly
miles above your victim and dispose of him by
pressing one small switch. All you then
require is an ocean to separate you, two
systems of government, a nation's scientists,
several factories, a psychopath and
land that no-one needs for several years.

These are, as I began, cumbersome ways
to kill a man. Simpler, direct, and much more neat
is to see that he is living somewhere in the middle
of the twentieth century, and leave him there.