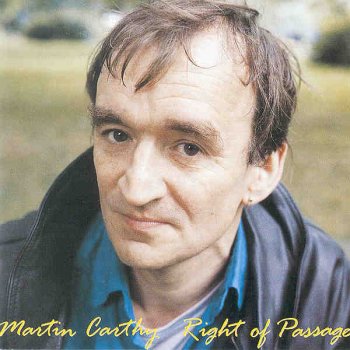 The wounds sustained in the Falkland War were mainly burns because men were left off shore in boats and landing crafts, waiting for the invasion. They were sitting targets for such Exocet missiles as the Argentinas could lay their hands on. The boats were of super-lightweight construction so they could carry all the electronic hardware that they needed.
Martin Carthy
I saw her by the showroom window,
Standing alone on a market quay.
As I passed her by I heard her sigh
As the military parade came on TV.

There were twenty screens in the showroom window,
Victors marching large and small.
As they wheeled on by I heard her sigh,
Oh, and oh for my darling boy.

They called him Jack, they called him John,
He was there sat tight off shore.
They caught him cold in the heat of a battle
For a South Atlantic company store.

Mama told me, don't you wed a soldier
Don't ever marry your heart's delight
He will be gone when the fighting's done
And you will be left for to mourn in the light.

Every night I dreamed that I saw him,
Dreamed I never would see him more.
In my dream his body come floating
Away where the ocean rise and fall.

But the bomb bounding down on the alley,
The bomb wrapped in a silver shell,
The bomb that plucked the face from my love,
Spread it wide on the face of the swell.

Oh, sweet and soothing showers,
Breathe upon his burning head,
Ease among his waking dreams
Whose tears nightly drench my bed.

For it was all a case of saving face
When they sent my love to the war
For eighteen hundred landless tenants
Of a South Atlantic company store.

In my dream I stand at Bluff,
I've an empty shell up to my ear,
The only sound the sound of cash
Being wrung from the snows of Antarctica.