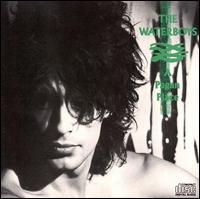 Years after this song was released I received a letter from a Russian man who said every word of the song was true except the line "It's not how many Germans you kill that counts, it's how many people you set free"(first verse). He told me "people went to the war to kill Germans". I realize that when I wrote the song I allowed youthful idealism to distort the sense and truth of the song with an out of context pacifist sentiment. I have now changed it. Mike Scott)


Al Stewart's 1974 song "Roads to Moscow" tells a very similar story. Both songs are based upon the book The Diary of Vikenty Angorov.
When I left my home and my family
my mother said to me
"Son, it's how many Germans you kill that counts
Go set your country free"
So I packed my bags and I brushed my cap
and I walked out into the world
Seventeen years old,
never kissed a girl

I took the train to Voronezh
- that was as far as it would go
Exchanged my sacks for a uniform,
bit my lip against the snow
I prayed for Mother Russia
in the summer of '43
and as we drove the Germans back
I really believed God was listening to me

Then we howled into Berlin,
tore the smoking buildings down,
raised the Red Flag high,
burnt the Reichstag brown
I saw my first American
- he looked a lot like me
He had the same kind of farmer's face,
said he came from some place called Hazard, Tennessee

When the war was over
my discharge papers came
Me and twenty hundred others
went to Stettiner for the train
"Kiev!" said the Commissar
"from there your own way home"
But I never got to Kiev
We never came back home
The train went north to the taiga
We were stripped and marched in file
up the Great Siberian road
for miles and miles and miles and miles
Dressed in stripes and tatters
in a Gulag left to die
all because Comrade Stalin feared
that we'd become too westernized !