>>> Partially reproduced from: The Veracious Voice: The Romani Holocaust... 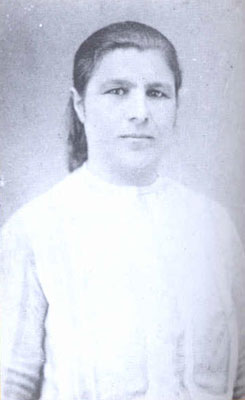 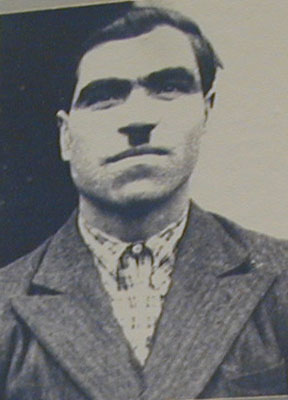 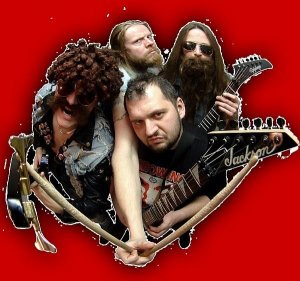 Oh, you black bird!
Carry my letter!
Carry it to my wife
For I am jailed in Auschwitz

Partially reproduced from: The Veracious Voice: The Romani Holocaust and the Politics of Commensuration in the Czech Republic

If any of you are familiar with Czech-Romani Holocaust song, you’ve most likely heard “Aušvicate hin baro kher” – “In Auschwitz there is a big prison.” It was sung perhaps most famously - though not exclusively - by Růžena Danielová, a Romani Auschwitz survivor, but even if you haven’t heard Danielová, there are covers – the non- Romani Czech composer, Miloš Štědroň, used the song as inspiration for his 1970s composition, The Weeping of Růžena Danielová of Hruba Vrbka over her Husband, Dead in Auschwitz. More recently, the song has been covered by the Czech noisecore band Malignant Tumour, which, for the record, sings it in the original Romani.

If you’ve ever hear Věra Bílá’s rom-pop rendition of “Čirikloro, Mirikloro,” you’ve heard parts of the song, sung albeit to different purpose. The song also has currency outside of the Czech Lands. In Tony Gatlif’s musical documentary about Roma, Latcho Drom (Safe Trip), for example, it is featured as the sole reference to the Holocaust. Toward the middle of film, Margita Makulová trudges across a snowy landscape while an a capella trio of voices harmonizes off-screen. As they sing in Romany, “O you black bird / Carry my letter,” a black-clad Makulová makes her way toward what looks to be the ruins of Spiš castle in eastern Slovakia.

Makulová’s voice takes over the singing, polyphony resolving into antiphony as she echoes the lines again: Oda kalo čirikloro / Lidža mange mro liloro. As the song’s stanzas shift, the camera captures Makulová seated outside in the snow, her verses describing hunger in Auschwitz, panning slowly from her face down to one hand, then back to her face and on to her other arm. Thus as she sings, “There isn’t anything for us to eat … The Block Elder is evil”, we see her face; when she continues, “once I return home” (Joj sar me jekhvar khere džava), we see her right hand, holding a lit cigarette and a box of matches with a picture of Václav Havel’s face, her thumb partially obscuring the president’s forehead. And on the next line, “I will kill the Block Elder” (Le blocharis murdarava), we see the word murdarava issue from her mouth, echoed as the song’s last stanza repeats its couplet and the camera, on the same word, comes to rest on Makulová’s slightly smudged tattoo that seems to read Z-9267.

If any of you have read Elie Wiesel’s Night in the original Yiddish, this theme of revenge – “I will kill the Block Elder” – will be familiar to you. The survivor of the Yiddish text is, as one literary critic put it, “alive with a vengeance and eager to break the wall of indifference he feels surrounds him.”

If you’ve read Night in French or English translation, however, you have encountered a rather different survivor, one that has become iconic in the American understanding of the Holocaust. The narrative of this figure emerges in a stammer, in between the “silences of the dead,” as Wiesel put it; in the final, spare scene following liberation from Buchenwald, Wiesel famously gazes into a mirror and encounters a corpse whose stare has “never left him.”

This moment closes the book and opens a whole field of understanding of who and how the Holocaust survivor is. In the Yiddish, Wiesel smashes the mirror, and, moreover, writes of “[Jewish boys running off] to steal clothing and potatoes … and to rape the shiksas,” acts which, he says, did not fulfill “the historical commandment of revenge.”

In translation, these scenes are missing, vengeance subsumed by theological musings on the unrepresentability of the Holocaust. These reworkings of the text in translation, Naomi Seidman suggests, are not accidental, or merely shoddy translation. Rather, they point out the conditions under which one can be heard in certain registers – telling an elided version of the story, a story not shot through with the demand for vengeance, was the condition of possibility for being heard as a Holocaust survivor outside the community bound by Yiddish. The Yiddish text and the English and French translations are incommensurable, and not just in the narrow sense of the definition of incommensurability as “a state in which an undistorted translation cannot be produced between two or more denotational texts.” The difference in these texts underscores the fact that incommensurability arises at the interstices of social orders, in moments in which people seek to speak across them.

So what then of Makulová’s song, what of “Aušvicate hin baro kher,” sung in Romany, and capped by an equally unfulfilled “commandment of revenge?” What I want to suggest is that there are two Romani survivors as well, one that addresses a Romany-speaking audience – le blocharis murdarava – and one heard in interpretive translation. My research relates to the way in which these acts of translation and interpretation of accounts of the Holocaust unfold today in the Czech Republic as an emergent liberalism reorders the relationship of the so-called “majority” and “minority” societies, of Czech citizens to their ‘fellow citizens,’ their spoluobčané, of, in short, white Czechs to black Czechs. Specifically, I look at particular accounts of the Holocaust – those put forth in song and those put forth in reparations claims – because they are both pervaded by questions of incommensurability and its tandem term, commensuration – the act of rendering two separate things translatable and coextensive. Commensuration, from an anthropological perspective, is a social practice, a reductive labor necessary to speak across different socials orders. And, again from an anthropological perspective, it is a labor necessary to liberal orders predicated forging a public sphere of consensual reasoning that drives a non-violent democratic form of governmentality and that recognizes and redresses harm done to minority subjects. Minority subjects, that is to say, must hold their suffering up for examination and evaluation by the liberal subject of the
majority to recognize and repair for liberal governmentality to self-correct.