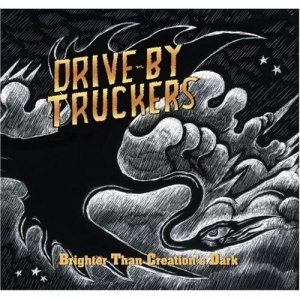 "[...] Lei non ha più potuto dormire da quando Tony è andato in guerra [...] Non bastano il 9/11 o l'Uranio per fermare la menzogna. Lei è stata lasciata a casa, in prima linea. Tutti e due da soli."
The hours creep across the face
As she paces across the floor
She can’t even get to sleep since Tony went to war
She feels bitchslapped and abandoned
By a world she thought she knew
Cold beyond comprehension as their little girl turns two

Now they’re saying on the flat screen
They ain’t found a reason yet
We’re all bogged down in a quagmire
And there ain’t no end to it
No Nine Eleven or Uranium to pin the bullshit on
She’s left standing on the home front
The two of them alone.