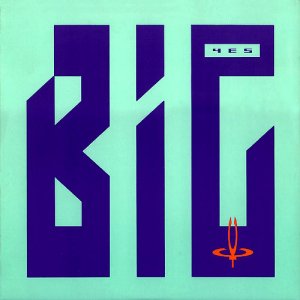 "Shoot High, Aim Low" is a song by Yes. It appears on the 1987 Big Generator album. The song appears to have never released as a single, but reached position #11 on the Mainstream Rock Tracks chart in the '80s. It appeared on every show on the Big Generator tour, but nowhere else to date.

The song, according to Jon Anderson's announcements prior to the song on many shows of the tour, the song is about war; specifically, a future in which mankind will live beyond war. In most of these announcements, Anderson explains that the "blue fields" mentioned in the first line are in Nicaragua - at the time the album was being worked on, a legal battle between the U.S. and Nicaragua had occurred over the U.S. aiding guerrillas against the Nicaraguan government.

Anderson also explains on some occasions that Trevor Rabin, who performs lead vocals on the song (alternating with Anderson) is singing in dreamtime, meanwhile Anderson is singing in real time.

In live performances, the song usually appeared just prior to "Big Generator". It would typically last, discounting announcements, for about 8 minutes 30 seconds. Rabin's electric guitar solo was somewhat extended live, but typically only by a short amount of time. By November 22, 1987, this song was performed after "Big Generator."

A live version can be found on the live box set The Word is Live.

en.wikipedia
It's all coming back to me now
That strange and almost endless dream
Where I was you and you were me
You opened up your eyes and I could see
That you were falling from the world
As aimless as a shooting star in orbit around me
Thinking I was somebody else
And terrified to look at me and see yourself, well...

This is just some trip that we are on
When the trip is over we will think of this
As someplace that we once beloved
When I find no comfort here
I'll look again to find it in your arms
That is where I'll dream a dream
Where I am you and you are me
And that's where I know love.