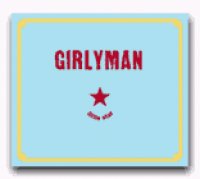 
This 2004 tune by folk-pop trio Girlyman is a scathing song about George Bush, God, and the war, and the ongoing triangle drawn by the media and the administration: "You may be commander but you don't believe it."
Was it all there before you in a dream
Was it something that only you could see
Was it gold, or even better
Was it weapons-grade metal
Or a glimpse of your god?
Was it whispered right into the bones of your ears
Did you hear what you wanted to hear
Did they take you and make you believe it was clear
When they made you commander and you couldn't be it?

Well the women just didn't like your eyes
And the big boys they cut you down to size
When the war came you ran for your life
As your businesses dried
Were they all there before you just waiting in line
To include you in their crudest design?
You were bad fruit, they knew you wouldn't ripen on the vine
And they made you commander when you couldn't be it
You couldn't be it

As for Jesus, you never felt much, but you prayed
Cause you needed to believe that you could be saved