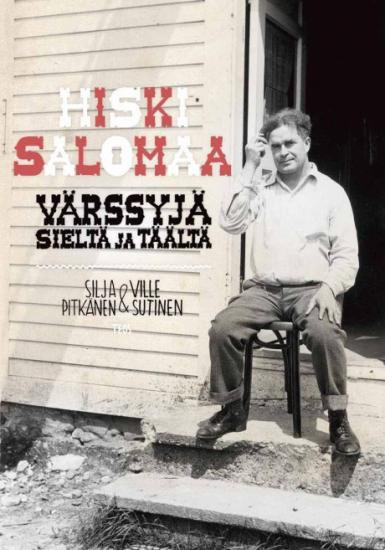 In the first half of the 20th century, there was a lively interaction between American Finns and Finnish musicians and performers of the time. The duo Tatu Pekkarinen and Afu Tanner toured the Americas. In the USA, Columbia and RCA recorded Finnish performers and distributed records to immigrant audiences. One of these was Hiski Salomaa.

The childhood of Hiski Salomaa (original name: Hiskias Möttö) is described by researcher Juha Niemelä. “Anna Leena Möttö gave birth to a son on May 17, 1891, whose father was known to be Ananias Romo, the husband of Anna Leena's sister Amanda. The son was named Hezekiah after the Old Testament king.” At first, Anna Leena settled with her son in a small smokehouse for her sister and Romo, in the Tipsalo croft near Kangasniemi.

Hiski Salomaa, who emigrated to America in 1909, became a popular performer in the halls and made a number of recordings for Columbia in 1927, initially accompanying himself only with his accordion. Hiski Salomaa recorded a total of 18 songs about the life of an immigrant, usually as humorous descriptions. Hiski Salomaa's best known song, Lännen lokari, describes a logger's life.

It was not until the 1950s that Hiski Salomaa was first known in Finland, when Pekka Tiilikainen played Lännen lokari as the motto of the program, until the director general of the radio, Hella Wuolijoki, cut the record and put it a short ban on it. Hiski Salomaa was somewhat prosperous in his American years and toured Finland in his '52 -’53 “Yankee car”. In Finland, Hiski Salomaa is known to have appeared only once in the wife's hometown of Vehmaa. Several trips were made there and to Hiski's hometown Kangasniemi.

Juha Niemelä, who studied migratory music, describes Hiski Salomaa as having a very lively. Hiski and his wife Aini lived in the upper reaches of lake Michigan (the only area where Finnish is also spoken by locals), Rhode Island and New York. During World War I, Hiski Salomaa showed pacifist ideals and acted as a conscientious objector in Calumet, Michigan, for less than a year. Hiski was mainly a supporter of the working-class idea, and this idea is heard in songs such as Vapauden kaiho (Longing for Freedom) and this Värsyjä sieltä ja täältä (Songs from Here and There), written in the years of the Great Depression and dealing with world politics. However, Hiski was fit to perform for all kind of ideals.

Niemelä says: "Although Hiski appeared extensively in the United States (Labor Union) at IWW events and was also a member of this organization, the controversy among the Finnish trade unionists seemed to have harassed him to such an extent that he preferred to avoid this topic in Finland. He praised the Republicans, who did not wage wars at the time. "

Hiski left for the United States at the age of 17 after his mother died. Niemelä describes the young man's difficulty getting to the country on a long trip. "In the autumn of 1909, many passengers left Kangasniemi for the golden lands of the West, including young Hiskias Möttö. Hiski seriously risked to be stopped in Hull, where the authorities were trying to turn him back, suspecting that the frail-looking young man was not fit for work. In America, Hiski first worked as a tailor, setting up his own tailor shop in 1924, which later employed several seamstresses. It was at this point that he changed his family name to Salomaa and married Aini Saari, a pretty Finnish girl from Vehmaa, who then also worked as a tailor.” [RV]
Nyt työtä minä olen taas katsellut,
pieksun pohjatkin hajalle astellut,
ja kannatkin menneet on lintalleen,
käret silmiini katsoo jo tarkalleen.
Että missähän mahtaa vika taas olla,
ku uusia ei ala jalkoihi tulla?
Kurjalta näyttää aika jo tää,
ja harmaaksi käy taas monen pojan pää.

Now I've been looking for work again
The soles of my boots are worn through
And the heels have collapsed
And the shoe tips look into my eyes
Asking: "What's the problem?
Why won't you get new ones?"
Things are starting to look miserable
And many a boy's head turns grey

But Wall Street is laughing up his sleeve
For he has subjugated everyone
Even the popes scream to their lord:
"Now they're taking our churches!"
The Bolsheviks are turning them into museums
I guess that gives the priests insomnia
Now they'll be unemployed too
I bet things look as dark as a fall night

There are many of us Finns here in Uncle Sam's land
About five hundred thousand
This place is like heaven to us
Even though many of us came here illegally
We have great political stuff going on
Our dance halls are like the Babel wall
In many places there's six of them
And whenever we quarrel, we build a new one 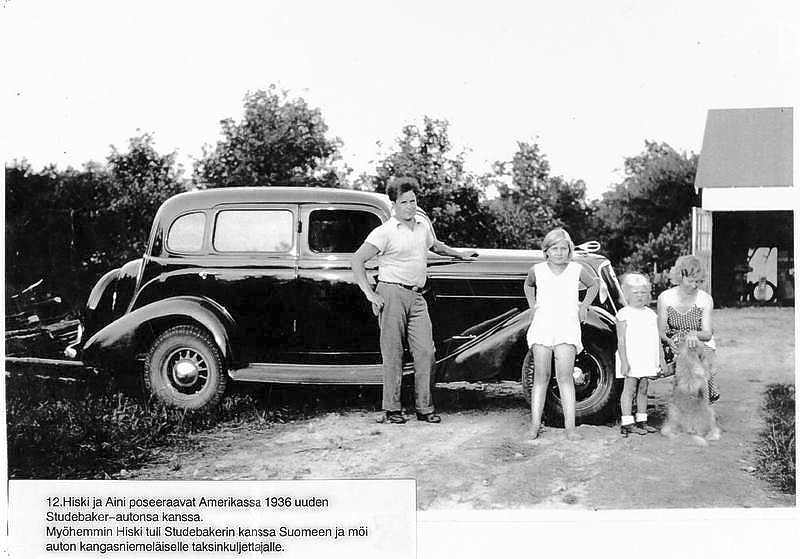 The original lyrics above include some flaws which I have corrected. Can you please replace the existing songtext ?