I Was a Maoist Intellectual 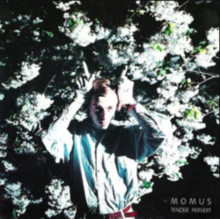 I always knew that I could seize the world's imagination
And show the possibilities for transformation
I saw a nation in decay, but also a solution: Permanent cultural revolution
Whenever I played my protest songs the press applauded me
Rolled out the red carpet, parted the Red Sea
But the petit bourgeois philistines stayed away
They preferred their artists to have nothing to say

How did I pass my time on earth? Now it can be revealed:
I was a Maoist intellectual in the entertainment field

How did I pass my time an earth, what on earth got into me?
I was a Maoist intellectual in the music industry

I left the normal world behind and started living in
A hinterland between dissolution and self discipline
I burned the midnight oil to build my way of seeing
A miner at the coal face of meaning
The rich despised the songs I wrote which told the poor their worth
Told the shy to speak and told the meek to take the earth
But my downfall came from being three things the working classes hated:
Agitated, organised and over-educated

I became a hotel doorman, I stood there on the doormat
Clutching my forgotten discs in their forgotten format
Trying to hand them out to all the stars who sauntered in
The ones who hadn't been like me, who hadn't lived in vain
I gave up ideology the day I lost my looks
I never found a publisher for my little red books
When I died the energy released by my frustration
Was nearly enough for re-incarnation