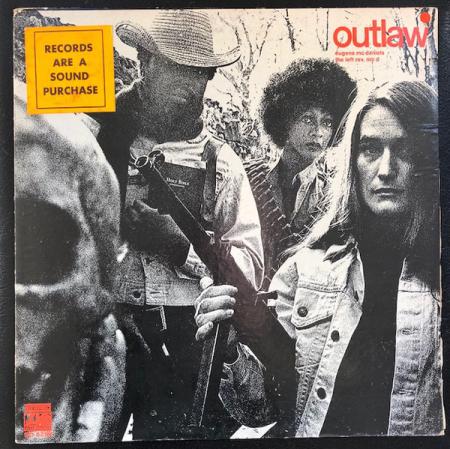 Una canzone che parla esplicitamente di genocidio dei pellerossa, negli anni '70. Non stupisce la censura cui andò incontro
Venture with me in the uncharted sea of the Unspoken Dreams of Light
Speak you not of genocide, Indians have yet to hide.
Time will come when death will ride a mean and bloody train,
from the smog filled coast of California to the rock strewn coast of Maine.

Massive blackey whitey clouds collide on winds of change to sound the thunder heard across the land, I know
Children of the light must hate the night in order to redeem the skeletons of blood-stained hand that show
Legions of the Christian hordes conspire to suck away the brains of children of the dark again, I know
Lips that whisper love can scream the hate for those so fortunate as not to be encased in habit stance through time
Rationales of higher up where elevators cruise the clouds conclude that Satan's children are not bright sometimes
Rationalees hear the act of cries of wolf and hope that justice will prevail in new breed light in time.

Nervous breakdowns crowd the calendar of freedom when reality is forced upon the non-believer’s ego plan
Criticizers from the handing cliffs of plenty laugh to see the fall of those who would remain in honest lands
Clairvoyants strive to see the plans of those who need to know what lies beyond the sea and tree of life
Tittilators of the masses do the dance of death before the eyes of die-ers doing dances of their own, you see
Wishers crawl through catacombs of fantasy where Jesus is the victim of the scientific age of man, huh, huh
Pretenders to the stolen throne of rock would lock the door of justice with the age-old key of greed again.

Daggers seeking blood have captured hearts of man by making sweet the thrill of killing other men in battle
Ill-gotten gains of war are wearing thin the theory of the democratic life strictly conceived by cattle
Rumbling stomachs of the light enflame suspicions of the peaceful life way, way, way beyond the dollar bill
Beasts of blue reveal conditions of the courts of men in black who blow their minds for light at will
Game for game the light protrudes on rights of men around the ball of blue that hangs way out in space and time
Leading ladies stealing wives of men whose lives reject the truth of starving children across the tracks of mine.

Venture with me in the uncharted sea of the Unspoken Dreams of Light
Speak you not of genocide, Indians have yet to hide.
Time will come when death will ride a mean and bloody train,
from the smog filled coast of California to the rock strewn coast of Maine.