The Boys in Palestine 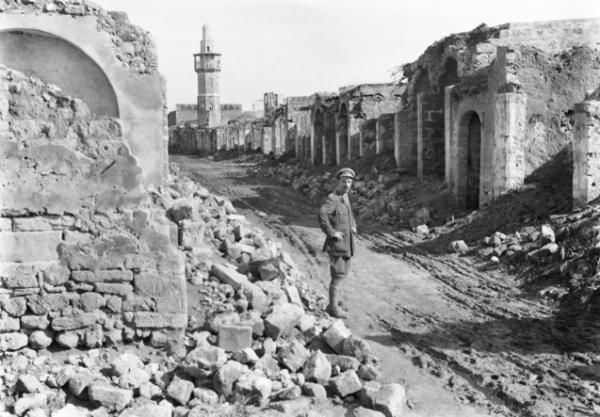 We've climbed up both the pyramids
We've fished in the canal
If we haven't got the sunstroke
No doubt in time we shall
They've placed us near to Suez
Our heads are fit to burst
And we quite agree with Kipling
That a man can raise a thirst.

We've felt those gentle showers
Whose very rain is sand
We've seen, like Joseph's brethren
The bareness of the land
We've tried the plagues of Egypt
We've known the flies and lice
And we sympathise with Pharaoh
Who hadn't any ice.

What though the spicy breezes
Blow soft o'er Ceylon's isle
They ain't much good to us blokes
Who sweat beside the Nile
In vain with lavish kindness
They issue Tickler's jam
We're blinking with sun-blindness
And no one cares a damn.

From Sidi Bishr to Kubri
From Suez to El Shatt
There's nothing here but niggers
Each blacker than your hat
The sun has scorched our noses
And our idea of bliss
Is for another Moses
To take us out of this. Amen.