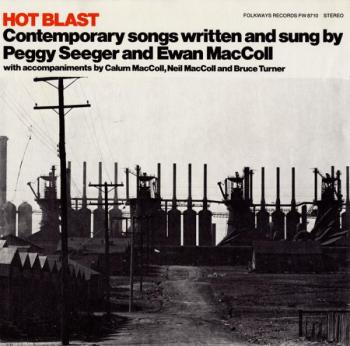 Have you ever paused a moment to consider
All the burdens borne by those who own this land?
Each stock market fluctuation complicates the situation,
Keeping track of all that money is a full-time occupation,
For a nation cannot be described as healthy
Unless its wealth belongs to those who're wealthy!

When the Front is busy fronting for the Tories (1)
(And the cops are busy backing up the Front),
You must understand their function is to strike without compunction
All those aliens from Bangladesh, West Brom and Clapham Junction, (2)
And by beating up all those in opposition
They're defending our most glorious tradition.

When a hero rises up and digs his heels in,
Puts the boot in in that good old-fashioned way,
When he starts on union-bashing, you can bet he'll get the backing
Of Keith Joseph and his cronies, no assistance will be lacking (3)
In our hero's personal fight for liberation
Against the malcontents opposing exploitation.

But don't imagine we're opposed to all trade unions!
There are some we look on with a kindly eye;
When a union is controlled by leaders who've been bought and sold
Then it's a treasure beyond measure worth ten times its weight in gold
For they can always be relied on in a crisis
To sell their members out at bargain prices.

When the day arrives that you become redundant
don't get angry with the boss and call him names;
You must try to be objective, get the matter in perspective,
See yourself as a component, just a cog that is defective
And with fortitude accept the situation
That the junkheap is your natural location.