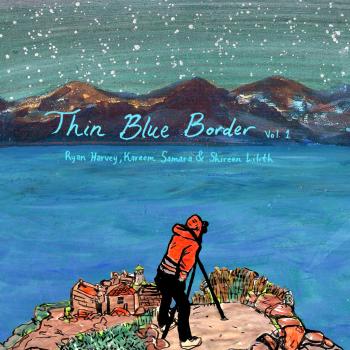 "The album is our attempt to honor the hopes of the Arab Spring and the period of global rebellion that followed in its wake, and to chronicle its tragic aftermath. From Tahrir Square and Gezi to the shores of Lesvos and Calais, these songs paint a sincere, heartfelt, and urgent picture of the world since 2011."Fonte
They got cops on the streets, walking in lines
With tazer guns, and wooden batons
They're trying to keep you scared with violent attacks
It all comes down to how you react
Now you're face to face, seeing it all
Dispersal warnings, they're making the call
They got busses to pack, with people like you
When they did that in the 50's the movement grew
Young student, new to the game
Movement elder, fanning the flames
Combat Veteran, seen it before
Same tactics used in the foreign war
Final warning, you're keeping your ground
Committed people sitting all around
Through the bullhorn it's all distorted
You can leave now, we can't afford it

Silence breaks, voices are loud
Rubber bullets crack, pierce the crowd
Heart's start pumping, scared but proud
Because there's people still sitting in the tear gas cloud
The line advances, they're swinging the sticks
Hear the marching boots and the tazer clicks
Screaming erupts, someone got struck
People calling for a medic, they better hurry up
Vomit, comes like a flood
Getting choked by the gas, hands covered in blood
Bruised and beaten, limping away
Remember it's always been this way
They'll beat you down, show the guns
It gets violent sometimes, but that how it comes
You stand firm, organize and then come back
Until there's too many people for them to attack