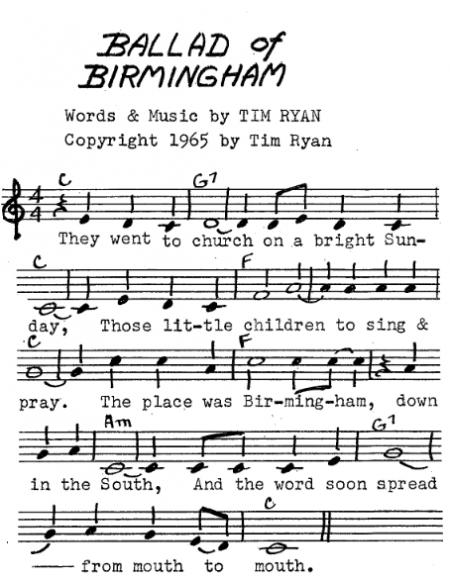 They went to church on a bright Sunday
Those little children to sing and pray
The place was Birmingham, down in the South,
And the word soon spread from mouth to mouth.

That in the night a man had come
And under the steps placed a home-made bomb
Under the steps of the Baptist Church
And it waited there to to its work.

And then the cops they looked around
But the killer of children was never found
For life is cheap in the old South-land
Especially for folks with dark colored skin.

And through the land the shocked asked why
For they never knew that people die
Because of their skins or the color of their hands
Except in those far-off evil lands.

But now it's done and many are dead
And the people can't get it through their heads
It wasn't because a man needed to kill
But because you and I, we stand so still.