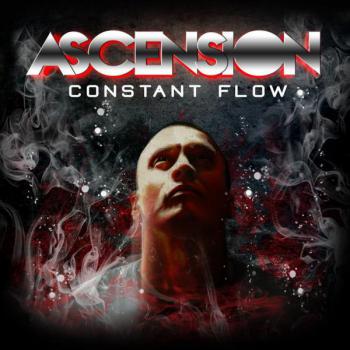 Per le note rimandiamo al completissimo genius
[Verse 1: Constant Flow]
When I'm talking Moses, 10 Commandments
I'm talking Mosheh, on the tablets
Mossad agents, high-tech gadgets
Anti-Arab, Zionist-fascist
Holocaust, that was tragic
No olive trees, no olive branches
No signs of peace in the Middle East
This history I re-examine
When I say Mohammad I don’t mean the prophet
Kid in Gaza with no options
Kill his mama, you don’t see the problem
So he join Hamas and now you wanna bomb him
When I’m talking Jesus, I don’t mean the savior
I mean your neighbor, here for labor
Hard worker, paper chaser
But you refuse, you racist haters
No aviator, no Howard Hughes
I’m trying to reach the high altitudes
I touch the sky, it cloud my views
I came back down more powerful
For the promised land of milk and honey
Did an honest man with filthy money
It’s the bankstas that ganked us
It ain’t the Taliban that killed this country
Al Qaeda coming so let’s run
With this redrum for them hedge funds
More drones, less guns
War zones, dead sons
Hormones, messed up
Everyone is so confused
I praise God, my escape pod
Is inside that vocal booth
I’m out …


[Verse 2: Immortal Technique]
When I say autistic I don’t mean retarded
But a genius light in a world of darkness
But regardless, the world is heartless
Cell phone targets, and bombardments
I’m out of shits I used to give
So close to death I see the lives I used to live
My future kids
I leave them with this tutelage
When I say Hip Hop I don’t mean the music
I mean the culture
Not the vultures, Arenosa
Fucking devils smell like sulfur
Fearless when I spit the flow
Talk with my hands like Cicero
And it won’t be funny like Piscopo
Cause romancing death is miserable
Someone gotta die for this shit to go
I’m hungry and invincible
One nation indivisible
Betrayed by individuals
Descendants of the criminals
That pretended to be biblical
And hide behind residuals
So I’m critical of those bankrupting ass spirituals
I’m on double time, double tap, pop the nina
Collapse your lungs like emphysema
Light one up with your subpoena
Glow like fish from Fukushima
I sing like Christians in a arena
Fed to the lions and hyenas
Massacred like Indonesia
Gone are the days of Iwo Jima
Cause the surge wasn't just troops that we sent to Iraq
It was a surge of money, we paid rebels not to shoot back
That’s not victory, but it's history
And liberty's slope is slippery
More miscarriages than delivery
Genocide bombs like ol' hickory
The green leaves are made of bigotry
So the fed reserve ain't shit to me
It’s symmetry to tyranny
With freedom as its imagery
So I’m firing artillery
At every possibility
When my moment comes, fuck sympathy
Just keep fighting with dignity