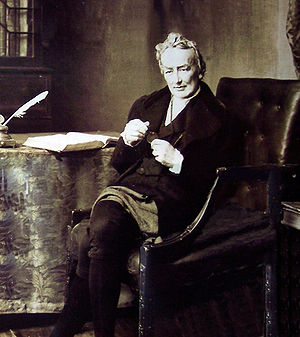 To him who rais'd in million hearts,
A sense of other's wrongs,
Who led the way for "right 'gainst might"
Our gratitude belongs
The good Man's brother, poor Man's friend,
The champion of the Slave,
The sternest foe to Tyranny
Is silent in the Grave.

Yet weep we not, as they who weep
Having no hope in Heav'n;
To worth like his we humbly hope
A crown of Joy is giv'n.
When the Spirits of just Men depart
Triumphy we sing
"Oh! Grave, where is thy Victory?
O Death where is they Sting?"

We are free! the bonds are broken
The bonds that held the soul in thrall,
Long the voice of God hath spoken
Man at lenghth, obeys the call;
Winds! along the western Ocean
To England's shores oh! hear our song,
Englishmen, with proud emotion,
Listen to th'enfranchis'd throng.

Sons of Britain 'twas your glory
Of Afric's children's wrongs to speak.
To tell the Negro's simple story
And strive the Negro's bonds to break:
Never in the lapse of ages
Shilst Freedom in her glory shines
May we forget old England's Sages
Poets, Senators, Divines.

These were stern Oppression's foemen
Who, scorning Man's inhuman laws
Denied his contrould o'ver his brother
And fought in Heaven's righteous cause:
Ye who ere that cause had triumph'd
Had gone to Heaven's eternal rest
Now look down and know what feelings
Fill the grateful Negro's breast.