Racism and Slavery in the USA
2012
Hero in you 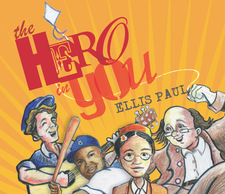 The wheels on the bus, they go round and round...
Back in 1955 in Montgomery on a city street
There's a bus on a corner with police cars
And a woman sitting down in her seat

Rosa brought change and a movement came
Where people fought for their civil rights
In school, in work and in traveling,
It should be equal if you're black or white