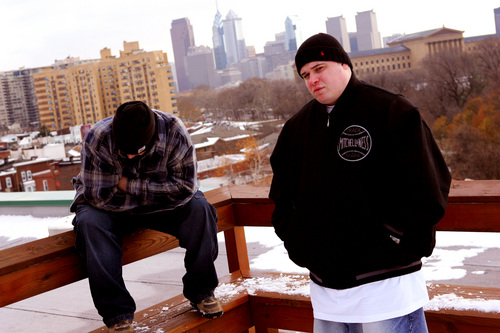 Song description (wikipedia)
Lyrics from this page
[Vinnie Paz]
Yeah
I don't know why I'm over here, this job is evil
They sent me here to Vietnam to kill innocent people
My mother wrote me, she said the President, he doesn't care
he's trying to leave the footprints of America here
They say we're trying to stop Chinese expansion
but I ain't seen no Chinese since we landed
Sent my whole entire unit, thinking we could win
against the Việt Cộng guerrillas there in Gia Định
I didn't sign up to kill women or any children
for every enemy soldier, we killing six civilians
Yeah, and that ain't right to me
I ain't got enough of mother fuckin' fight in me
It frightens me and I just want to see my son and moms
but, over here they dropping seven million tons of bombs
I spend my days dodging all these booby traps and mines
and at night, praying to God that I get back alive
And I'm forced to sit back and wonder
why I was a part of Operation Rolling Thunder
In a fox hole with nine months left here
jungle like the fuckin' harbinger of death here

Soothing, drug-abusing, Vietnamese women screwing
Sex, gambling and boozing, all this shit is amusing
Bitches and guns, this is every man's dream
I don't want to go home, where I'm just a ordinary human being
Special OP, Huey chopper gun shit, run shit
gook run when the mini-gun spit, won't miss, kill shit.
Spit four-thousand bullets a minute.
Victor Charlie, hit trigger, hit it, I'm in it to win it, get it.
The lieutenant hinted the villain, I've ended up killing
I did it, cripple, did it, pictures I painted is vivid, live it,
A wizard with weapons, a secret mission we about to begin it
Government funded, behind enemy lines bullets is spraying.
It's heating up, a hundred degrees
The enemy's the North Vietnamese, bitch please
Ain't no sweat, I'm told "be at ease"
Until I see the pilot got hit, and we about to hit some trees
Tail rotor broke, crash land, American man
Cambodia, right in the enemy hand
Take a swig of the whiskey to calm us
Them yellow men wearing black pajamas, they want to harm us
They all up on us.
Bang, bang, bullet hit my chest, feel no pain.
To my left, the captain caught a bullet right in his brain.
Body parts flying, loss of limbs, explosions
Bad intentions, I see my best friend's intestines
Pray to the one above, It's raining, I'm covered in mud
I think I'm dying, I feel dizzy, I'm losing blood
I see my childhood, I'm back in the arms of my mother
I see my whole life, I see Christ, I see bright lights
I see Israelites, Muslims and Christians at peace, no fights
Blacks, Whites, Asians, people of all types
I must have died, then I woke up, surprised I'm alive
I'm in a hospital bed, they rescued me, I survived
I escaped the war, came back
But ain't escape Agent Orange, two of my kids born handicapped
Spastic, quadriplegic, microcephalic
Cerebral palsy, cortical blindness, name it they had it
My son died he ain't live, but I still try to think positive
Cause in life, God take, God give