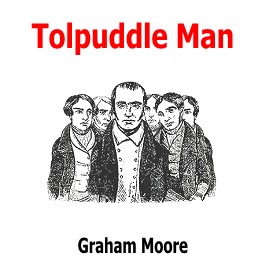 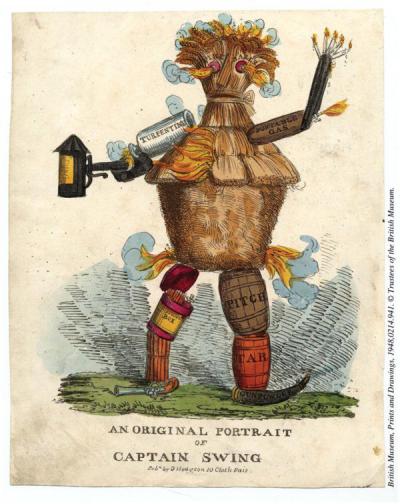 
“Sir, Your name is down amongst the Black hearts in the Black Book and this is to advise you and the like of you, who are Parson Justasses, to make your wills. Ye have been the Blackguard Enemies of the People on all occasions, Ye have not yet done as ye ought,... Swing”

“Sir, This is to acquaint you that if your threshing machines are not destroyed by you directly we shall commence our labours... Swing” 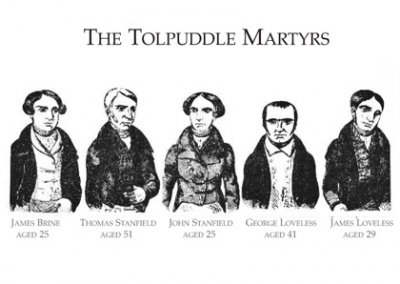 The labouring man is on his knees
Nowhere can he get hired
Since new machines that do the work, the farmer has acquired
But how he sweats when he reads the threats on paper morning brings
Destroy your gear or else I swear you'll pay, Signed Captain Swing