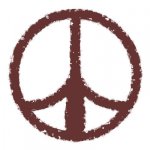 Spit it out
Yeah, spit it out

Give me the songs of the nation
Cause it feels like law lacks motivation
See, I'm still looking for a correlation
Between what you say and how you roll