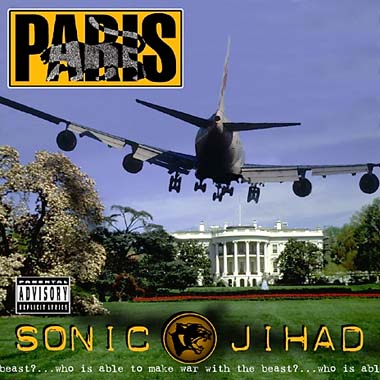 La generazione degli anni 80, che negli USA è chiamata “Hip-Hop generation” è quella che più di ‎ogni altra ha pagato il tributo di sangue nelle guerre in Afghanistan e in Iraq. Certo, si può dire che ‎fossero (e siano ancora oggi) tutti volontari i soldati statunitensi che decidono di andare a ‎combattere laggiù, ma molto spesso si tratta di giovani non abbienti, ricattati col miraggio di ‎ottenere la cittadinanza americana (se immigrati) o di vedersi pagati gli studi al rientro dal servizio ‎militare. E invece tanti di loro, imboniti da proclami stantii e da menzogne (“un’opportunità per ‎girare il mondo, per costruirsi un futuro”, “un’occasione per rendersi autonomi e quindi liberi”, ‎‎“non siamo in guerra, portiamo la pace e la libertà a chi non ce l’ha”) sono poi tornati a casa in una ‎busta di plastica avvolta dalla bandiera a stelle e strisce oppure mutilati o ancora pazzi o anche ‎malati per via dell’uranio impoverito…‎
Avrebbero fatto meglio – è la considerazione finale del brano – a diventare “C.O.” (obiettori di ‎coscienza), “A.W.O.L.” (Absent WithOut Leave, disertore)…‎
Perché la guerra non è altro che dolore.‎
And you don't hear none of those stations, for hip-hop and R&B playin him
Ask why, in fact, where are those stations today?
Somebody better ask somebody that
The people that's most affected, by this war
Are the so-called hip-hop generation
‎
‎[Diablo, the recruiter]
‎The Army is the best kept secret in the whole world
That every soldier gets his or her own private room
You can forget that old brown boot image of the Army
It's a job like anything else, you'd love it, all the soldiers do
‎
I remember how it started, remember the time
I was watchin Rap City bout a quarter to nine
Commercial said the military givin money for school
Caught the bus up to my campus, they were signin recruits
And met this dude named Diablo, was some kind of vet
He explained the situation told me what to expect, he said
‎'Now we'll help you pay for college and train you for work'
Said I could take computer classes and could quit if I want
But best of all was the fact I'd have my own shit
I'd have my own space and have my own place to kick it
On top of that I'd travel, and visit the world
Hell Diablo said the women overseas was the pearl
Didn't even call my girl, let's get it on fo' sho'
Signed my name, took some tests, and I was outta the do'
A true soldier for America, ready to go
On the road a vacation'll be good for the soul
‎
Don't matter what they sayin now
They lyin what they say fo' sho'
They don't play when it come to war
They get down, they get down, they get down
‎
I showed up at basic training, but what a mistake
Cause this motherfucker yellin at me all in my face
In this dirty-ass latrine, 50 men in a room
Runnin laps up in the mud at 4 o'clock in the mornin
I'm scrubbin toilets doin laundry, and feelin the pain
If I didn't know no better, I'd think 'boy' was my name
Same bullshit line so many bit 'fore me
Got a nigga twisted up in this illusion of freedom
Fuck this shit, I'm out tomorrow, made up my mind
Everything Diablo said I'm findin out was a lie
That's when my unit got the call, the Commander in Chief
Wanted ground troop assignments keeping peace in the East
What a relief, I'm thinkin finally somethin new
Shipped us off and 20 hours later we was en route
Touched down around 11, the desert was brutal
Then the ground split and caught us by surprise from the shootin
‎
‎{explosions, sounds of war and death}
‎
It was all surreal, seen 'em blow the spine out his back
In the minefield, we was reelin from the attack
Seen the M.O.'s hand upon the receiver, still attached
With an alarm on it, set off the beacon, then I mashed
Who the first truck, blood and guts splash in my face
Cuttin kids down, couldn'ta been no older than eight
What the fuck is goin on, who we fightin and why?
Killin kids, killin killers, who the fuck is supplyin
I'm cryin' out for protection, but none of it came
So I dumped in all directions 'til the heater was drained
But that night vision shit wasn't helping us win
Caught a round of friendly fire but it wasn't so friendly
We simply got lucky, headed back to the base
Seen a soldier rape a woman, shot her dead in the face
Guts stuck to my clothes, body parts galore
If this a peacekeepin mission I ain't ready for war
And now I'm back home bitter, and sick and contagious
And I'm knowin we some bullies, that's why everyone hate us
Still broke than a motherfucker, niggas is starvin
And that job trainin shit is only good for the Army
I guess I should have been a C.O., and kept up a file
Shoulda listened when my homies said we murder for oil
Now I'm fuckin with this wheelchair, ain't nuttin the same
And I'm knowin confrontation's mo' than video games
War is pain