The Flowers O' the Forest

>>> ma ha qualcosa a che vedere con The Flowers Of The Forest citata... 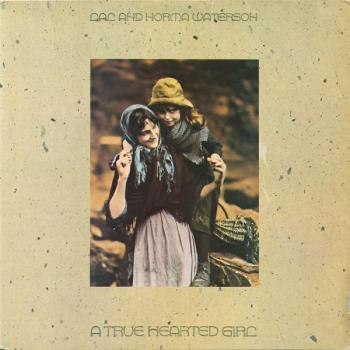 The courtin gate's idle, no lad flings his bridle
Over the yoke stoup and comes seekin' may.
Wae's heart, but we misses our lads' softest kisses:
The flowers o' the forest have gone right away.‎

At Martinmas hirin' no ribbon, no tirin',
Where God's penny's earned, and the time's come for play.
No cheapjacks, no prancin', wi' teamster clogs dancin':
The flowers o' the forest have gone right away.‎

Plough lads from Pannal have crossed o'er the Channel;
Shepherds from Fewston have taken King's pay;
Thackrays from Dacre have sold every acre;
You'll no' find a delver from Haverah to Bray.‎

Many a lass now is weepin for her man that lies sleepin,
No wrap for his corpse but the cold Flanders clay.
He'll ne'er lift his limmers, he'll ne'er wean his gimmers:
The flowers o' the forest have gone right away.‎
Note di Greer Gilman da English Folk Music‎

yoke stoup (yat stoup) = gate post
may = flowers of the hawthorn; greenery for May Day
wae's heart = woe is the heart; waly, waly‎

Martinmas: Traditionally, the hiring fairs for farmhands and servants were held at Martinmas, in ‎mid-November. In Yorkshire, they were called the “stattis,” or statutes, after the labour-laws framed ‎in the reign of Edward III. Lads and lasses seeking work would stand in the market place, wearing ‎tokens (the ribbons and tirings of the song) in their hats or buttonholes; farmers and their wives ‎would walk up and down and choose among them. On coming to terms for the year's wages, they ‎would seal the bargain with a fastening penny, which, by the time of the song, was half-a-crown. ‎Then to the pleasures of the fair!‎
From early in the Middle Ages, Martinmas was a time of feasting and of slaughter, when all the ‎beasts that could not be overwintered on their scant hay were slain and salted or eaten up. The feast ‎of St. Martin, November 11, took on a new and poignant meaning after 1918.‎

tirin = attiring, adornment
God's penny = earnest-money; a small sum given to a servant when hired.
cheapjacks = travelling hawkers, with a brisk line of patter‎

have taken King's pay = enlisted as soldiers
delver = quarryman
I thought at first “Thackerays” might be “thackers” (thatchers), but in both versions I have, it's sung ‎as “thack'ries.” Thackeray is a good Yorkshire surname—perhaps this is a reference to a local ‎family?‎

ma ha qualcosa a che vedere con The Flowers Of The Forest citata in The Green Fields Of France (No Man's Land)?

«But now they are moaning, on ilka green loaning
The Flowers of the Forest are a' wede away.»


O! day-time is weary, an' dark o' dusk dreary
For t' lasses i' t' mistal, or rakin' ower t' hay;
When t' kye coom for strippin', or t' yowes for their clippin',
We think on our sowdiers now gone reet away.

The courtin'-gate's idle, nae lad flings his bridle
Ower t' yak-stoup, an' sleely cooms seekin' his may;
The trod by the river is green as a sliver,
For the Flowers o' the Forest have all stown away.

When at neet church is lowsin', an' t' owd ullet is rousin'
Hissel i' our laithe, wheer he's slummered all t' day,
Wae's t' heart! but we misses our lads' saftest kisses,
Now the Flowers o' the Forest are gone reet away.

Mony a lass now is weepin' for her marrow that's sleepin',
Wi' nae bield for his corp but the cowd Flanthers clay;
He'll ne'er lift his limmers, he'll ne'er wean his gimmers:
Ay, there's Flowers o' the Forest are withered away.
Notes about "The Flowers of Knaresborough Forest" (arranged alphabetically) 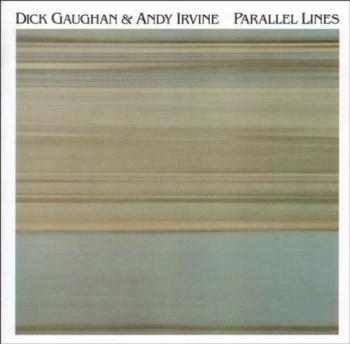 I’ve heard them lilting, at our yowe-milking,
Lasses a-lilting afore the dawn o’ day;
Noo they are moaning on ilka green loaning;
“The Floo’ers o’ the Forest are a’ wede away.

As buchts, in the morning, nae blythe lads are scorning;
The lasses are lonely and dowie and wae.
Nae daffin’, nae gabbin’, but sighing and sobbing,
Ilk ane lifts her leglen, and hies her away.

In hairst, at the shearing, nae youths now are jeering,
The bandsters are lyart, and runkled and grey.
At fair or at preaching, nae wooing, nae fleeching,
The Floo’ers o’ the Forest are a’ wede away.

At e’en, in the gloaming, nae stossies are roaming,
‘Bout stacks wi’ the lasses at bogle to play.
But ilk ane sits drearie, lamenting her dearie,
The Floo’ers o’ the Forest are a’ wede away.

Dule and wae for the order sent our lads to the border;
The English, for ance, by guile wan the day:
The Floo’ers of the Forest, that foucht aye the foremost,
The prime o’ our land are cauld in the clay.

We’ll hae nae mair lilting, at the yowe-milking,
Women and bairns are dowie and wae.
Sighing and moaning, on ilka green loaning,
The Floo’ers of the forest are all wede away.