>>> ‎#GazaUnderAttack | Names and ages of killed people in the o... 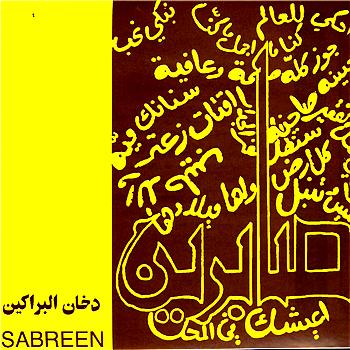 They put the chains on his mouth
They tied his hands to the Dead Rock,‎
And Said: You’re a murderer!‎
They took his food, clothes and pitchers,‎
And through him in the Dead Cell,‎
And said: You’re a thief!‎
They kicked him out of all ports,‎
They took his little beloved one,‎
And said: You’re a refugee!‎
O you, the one with the bleeding eyes and palms!‎
The night is soon to be gone,‎
Neither the interrogation room is going to last
Nor the chains are!‎
Nero died, but Rome didn’t
With its eyes, it’s fighting!‎
And the seeds of a dead wheat,‎
Will fill up the valley with more wheat!‎

‎Because we are NOT just numbers, keep following this post of the names and ‎ages of murdered people who fell victim during the past days of Israeli attacks on Gaza since ‎Wednesday. The number rises to 110 and still rising: I hope that this battle will cost us no more ‎souls. However, nothing will depress us, no matter how much Israel escalates its inhumanity and ‎crimes. We’ll remain ready to pay any price for attaining of freedom and dignity. Every drop of ‎your blood has just made our Palestinian soil smell more beautiful and precious and raised our ‎determination to keep fighting for your justice and the just cause you paid your lives for. RIP.‎

At 8:20 am, as a result to an Israeli inhumane attack on Deel Al-Balah, central Gaza, three people ‎were killed. The list of murdered victims goes longer‎

In a series of attacks on several places on central Gaza at noon, two more people fell victim:‎

On November 18, the fifth day of the Israeli ongoing aggression on Gaza.‎
Israeli warplanes shelled the house of Abu-Alfoul family in northern Gaza, killing two children and ‎injuring at 13 at least, mostly children and women.‎

An Israeli warplanes fired missiles at a house that belongs to the family of Abu Nuqira in Rafah ‎killing one person:‎

An Israeli war plane fired a missile at a house in an agricultural land east of Bureij camp, in the ‎Central Gaza Strip, killing one child and injuring 2 other children:‎

Two people were killed, one of them a child, when an Israeli missile hit a beachfront refugee camp ‎in Gaza City:‎

Medics also reported finding the body of woman under the rubble of a house in eastern Gaza City ‎who had been killed in a strike earlier in the morning.‎

Soon after Al-Dalou massacre, 2 more were killed, a father and his son, in an attack on a car for ‎water supply in northern Gaza:‎
‎
‎65- Suheil Hamada, 53 years old.‎

In an airstrike that targeted Nussairat camp after that two people were murdered and 10 at least got ‎injured:‎

At 8:00 pm, November 18, the ministry of health in Gaza has reported that Israel has risen the death ‎toll in Gaza to 69, including 20 children, 8 women, and 9 elderly people. Moreover, Over 660 ‎person got injured since Wednesday, including 224 children, 113 women, and 50 elderly people.
At 10:00 pm, November 18, an Israeli warplane attacked a motorbike near the ministry of finance ‎roundabout, west Gaza, killing a father and his son:‎
‎
‎71- Ahmad Abu Amra, 42 years old.
‎72- Nabil Ahmad Abu Amra, 20 years old.‎
‎
At 10:10 pm, November 18, an Israeli warplane rocked a house belong to Nasser family near Abu-‎Sharekh crossroad in northern Gaza, killing a child and his father:‎
‎
‎73- Hussein Jalal Nasser, 8 years old.‎
‎74- Jalal Nasser‎

On November 19, the sixth day of the Israeli ongoing aggression on Gaza.‎
At 12:10 am, an Israeli warplane attacked Mahmoud Al-Hashash house in Rafah killing one ‎woman:‎

At 1:00 am, an Israeli warplane rocked a car in Rafah killing two people:‎

At 4:10 am, Israel committed another atrocious crime shelling a house belong to Azzam family that ‎is full of children. 3 people were killed in this attack and at least 40 injured. Medics said that more ‎than 15 children have arrived Shifaa hospital, three of them are in a very critical condition:‎

In an Israeli attack on Al-Qarara area to the south of the Gaza Strip, two farmers were killed at 8:50 ‎am:‎

As a warplane rocked a motorbike in Khan-Younis, southern the Gaza Strip, two people were ‎killed:‎

An Apache warplane fired a rocket at a car in Al-Berka street in Deer Al-Balah, killing three ‎people:‎

At around 4 am, two people were killed as an Israeli warplane fired a missile that hit Al-Nusseirat ‎Camp, to the west of Gaza city:‎

In an attack on Al-Shorouq building in Gaza City which contains several media offices, 2 were ‎killed and 3 journalists were seriously injured:‎

At around 8:00 pm, an Israeli warplane shelled Shhada family’s house in Nusairat camp killing two ‎people from the same family:‎

At around 9:00 pm, Israel committed another massacre against Hjazi family killing a father and his ‎two sons, and injuring at least 15, most of them are children and women:‎

On November 20, the seventh day of the Israeli ongoing aggression on Gaza.‎

At around midnight, an Apache rocked a house in Rafah that belongs to Nassarsa family, killing ‎two siblings and injuring 10 others:‎

‎113- Ahmad Doghmosh, died in Egypt after being transferred to a hospital in Egypt for being ‎seriously injured during the Israeli attacks on Gaza.‎

Keep following this post. I’m going to keep updating it on everything that is happening as much as I ‎can and as long as I’m breathing!
‎