I'm Not the Man 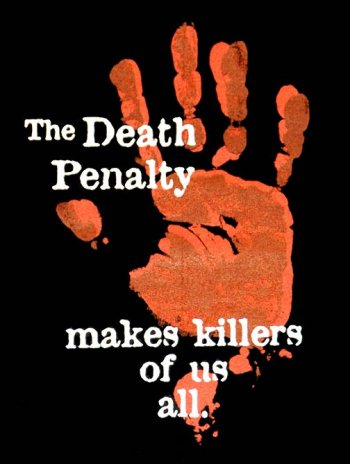 
Un nero, ingiustamente accusato di un omicidio che non ha commesso e condannato senza prove ‎sulla base soltanto di una confessione estorta con la tortura, attende in cella l’esecuzione mentre ‎fuori del carcere una folla inferocita, aizzata dai cappucci bianchi del Ku Klux Klan, ne invoca una ‎lenta e dolorosa agonia…‎
It crawls on his back, won't ever let him be
Stares at the walls until the cinder blocks can breathe
His eyes have gone away, escaping over time
He rules a crowded nation inside his mind
‎
He knows that night like his hand
He knows every move he made
Late shift, the bell that rang, a time card won't fade
‎
‎10:05 his truck pulled home
‎10:05 he climbed his stair‎
about the time he was accused of being there
‎
But I'm not the man.
He goes free as I wait on the row for the man
to test the rope he'll slip around my throat...
and silence me
‎
On the day he was tried no witnesses testified
Nothing but evidence, not hard to falsify
His own confession was a prosecutor's prize
made up of fear, of rage and of outright lies
‎
But I'm not the man
He goes free as the candle vigil glows
as they burn my clothes
‎
As the crowd cries, "Hang him slow!"‎
and I feel my blood go cold, he goes free
‎
Call out the KKK, they're wild after me
And with that frenzied look of half-demented zeal
they'd love to serve me up my final meal
‎
Who'll read my final rite and hear my last appeal?
Who struck this devil's deal?‎