Alex Hanueby
Loading...
Language: Creoles and pidgins, English based (Other) 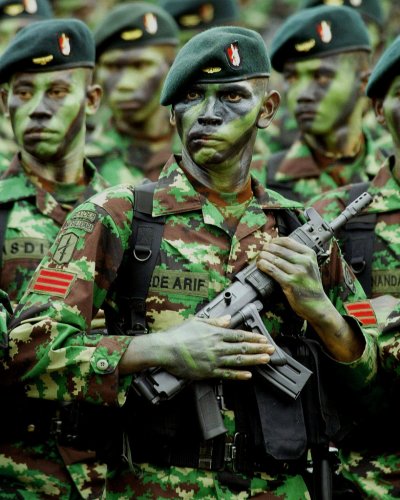 In the past, in the land where the sun goes down
You were a pleasant place where the cool breeze always blew
Many birds of paradise made their song
All kinds of flowers decorated your forest
All the people were happy, moved around freely
Betel nuts, sago and game were plentiful
They had gold and silver
People’s lives were not too hard
But in 1969 things changed
Enemies came and stole your people’s land
Destroyed their rights … now they are poor
In your country.