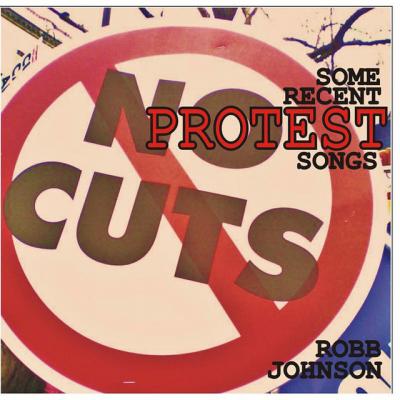 Acclaimed songwriter Robb Johnson has written this song in support of the campaign to get the troops out of Afghanistan.
Lance Corporal Joe Glenton, who is facing a court martial because he refuses to return to fight in Afghanistan, will defy military orders from his commanding officer and join the 24 October demonstration.

"I am marching to send a message to Gordon Brown. Instead of sending more troops, he must bring them all home. I’m proud to be marching again - this time with Stop the War.
The war in Afghanistan has entered its eighth year. In all that time the politicians who have sent soldiers to the front line have failed to offer any convincing reasons. Morale in the army among the people I served with is at an all time low. The army has always been told “we’ll be home by Christmas” but now we’re told we could be there for 30 years.
I am marching tomorrow to send a message to Gordon Brown. Instead of sending more troops, as he announced last week, he must bring the troops home. He cannot sit on his hands and wait while more and more of my comrades are killed.
I face a court martial because I can no longer serve in Afghanistan. I have given my reasons to the top brass.
But we have to get the message to the politicians. Brown has withdrawn British troops from Iraq and now be must do the same for Afghanistan.
The TV crews will be on the demonstration. And over in the United States Barack Obama’s advisors will be watching.
We need to make our voices heard across the Atlantic. Both to put pressure on the American government and also go give a boost to the stop the war movement there. The reasons we are marching are very clear.
When I went to Afghanistan I believed the politicians. I believed their reasons and I was proud to serve the army and my country.
We were told the war would end the reign of terror under the Taliban for the people of Afghanistan. We would told it would prevent terrorism at home. And they told us that we would help the women of Afghanistan.
We assumed we would be given the equipment to fight. And we were led to believe this would bring democracy and the Afghans would be left to govern. The reality for British troops and the people in Afghanistan cannot be more different.
Soldiers cannot fight a never ending war. There is no end in sight and we cannot see the point. We are not winning this war. The Taliban have taken control of more areas of Afghanistan than they held in 2003. There is more heroin grown than before. And not a single Afghan has launched any sort of terror attack in the UK.
It is now obvious to everyone that the Americans are not interested in democracy. Corruption and violence has been allowed to the heart of a rotten puppet Government. Women are worse off. They live in fear of American bombs killing entire villages and have fewer freedoms.
I’ve been overwhelmed by the support I’ve had, and I’m proud to be marching - this time with Stop the War. The majority of people in Britain want the troops out of Afghanistan now. They know this war is unwinnable and unjustifiable!
Danny came from West Ham
And he'd been a dad 8 months.
Joey came from Birmingham
-and he was just 18
Billy came from Bromyard
and his Captain told the press
He was a "a key part of a closely-knit platoon"
And the Corporal came from Kings Lynn
Well he was "the perfect soldier"
The Rifleman from Yorkshire "saw the lighter side of life"
The private from the Welsh Guards
had " a tremendous sense of humour"
And the Rifleman from Maidenhead,
was "1st in everything"

Don't ask about the 50 bodies
buried in one grave
The papers show no photographs,
the papers print no names
They couldn't sort the limbs out,
so they buried them as one
You wonder why they hate you,
well here's 50 reasons more..


And we'll all be home by Christmas
In a land that's fit for heroes
We'll all have beer and medals,
We'll all get jobs for life
Next time you see your colonel,
You can sell him a Big Issue
And he'll take you home for Christmas
And he'll let you shag his wife
And Tommy came from West Ham,
or maybe it was Glasgow
Or maybe it was Birmingham,
but he was just 18
And Tommy came from Bromyard,
or maybe some where else
But it's somewhere else he'll never see again...

On the North West Frontier.


Lance corporal Joe Glenton: « The real enemy is not the man in front who is facing your rifle, but the man directly behind and above you telling you to pull the trigger ».