Conflicts in Ireland
[1957]
Lyrics by Dominic Behan
Music: sung to the tune of "The Merry Month of May"
Album: Posterity Be Damned [1959] 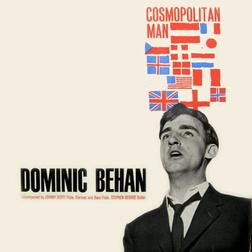 "The Patriot Game" is an Irish ballad about an incident during the Border Campaign launched by the Irish Republican Army during the 1950s to bring about the reunification of Northern Ireland with the Republic of Ireland. It was written by Dominic Behan, younger brother of playwright Brendan Behan, to the tune of an earlier folksong, "The Merry Month of May". It tells the story of Fergal O'Hanlon, an IRA Volunteer from Ballybay, County Monaghan who tried to abolish the border between the Six Counties and the Republic, killed at the age of 17 in an attack on Brookeborough Royal Ulster Constabulary barracks in County Fermanagh on 1 January 1957. The operation was devised and led by Sean Garland, an IRA man from Dublin. Another volunteer, Seán South from Limerick, was also killed during the raid.Behan later became close friends with Sean Garland, officiating as the best man at Garland's wedding. Garland gave the eulogy at Behan's funeral in 1989.
Undoubtedly one of the best ballads ever to come out of the Irish struggles has been immensely popular amongst the IRA, as well as other groups. "The Patriot Game" has been recorded by numerous artists, including the Kingston Trio, The Bluebells, The Dubliners and The Clancy Brothers.

Bob Dylan allegedly used the tune when writing his song "With God On Our Side" Behan called Dylan a plagiarist and a thief by claiming the melody as an original composition, in an attempt to goad him into a lawsuit. Behan's argument has some merit, especially when one compares the structure of the song's lyrics; it becomes clear that Dylan lifted the structure of Behan's song to make the song relevant in America during the Vietnam War era. Dylan's refusal to credit Behan's work (particularly the lyrical structure) was the main issue at stake and, in response, Behan took the view that the provenance of Dylan's entire body of work must be questioned.

Behan also took issue with the Clancy Brothers, who chose not to sing the verses which sanctioned the murders of Irish police officers or which criticized Éamon de Valera:


This Ireland of mine has for long been half free,
Six counties are under John Bull's tyranny.
And still de Valera is greatly to blame
For shirking his part in the patriot game.


Behan's contempt of the Clancy Brothers was exacerbated by what he saw as their political shallowness which tended to render the traditional message of the Irish ballad somewhat less powerful in their hands.
Tom Clancy's 1987 novel "Patriot Games" and the 1992 film based on the novel are named for the song.
The song features heavily in Martin McDonagh's play "The Lieutenant of Inishmore", where it is used to comment on the character's misunderstanding of IRA splinter groups.
The song "Colony" by Damien Dempsey references the title of the song:


The title was also used as the title of a 1986 book "The Patriot Game" on Canada by Canadian author Peter Brimelow. The book evokes the same cynicism about nationalism, but in a Canadian context..
Come all ye young rebels, and list while I sing,
For the love of one's country is a terrible thing.
It banishes fear with the speed of a flame,
And it makes us all part of the patriot game..

My name is O'Hanlon, and I've just turned sixteen.
My home is in Monaghan, and where I was weaned
I learned all my life cruel England's to blame,
So now I am part of the patriot game..

This Ireland of ours has too long been half free.
Six counties lie under John Bull's tyranny.
But still De Valera is greatly to blame
For shirking his part in the Patriot game..

They told me how Connolly was shot in his chair,
His wounds from the fighting all bloody and bare.
His fine body twisted, all battered and lame
They soon made me part of the patriot game.

It's nearly two years since I wandered away
With the local battalion of the bold IRA,
For I read of our heroes, and wanted the same
To play out my part in the patriot game.


So I gave up my Bible, to drill and to train
To play my own part in the patriot game.
(Traduzione italiano: Così ho rinunciato alla Bibbia per addestrarmi e fare la mia parte nel gioco del potere)

I don't mind a bit if I shoot down police
They are lackeys for war never guardians of peace
And yet at deserters I'm never let aim
The rebels who sold out the patriot game.

And now as I lie here, my body all holes
I think of those traitors who bargained in souls
And I wish that my rifle had given the same
To those Quislings who sold out the patriot game.