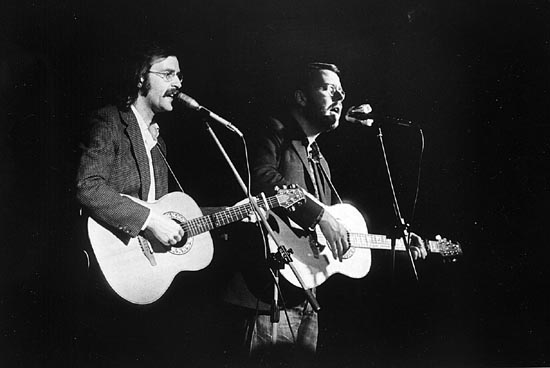 A Defecting Nicaraguan Contra's Tale
The Washington Post, May 8, 1985

Ever since 1980, when he was among the first Nicaraguans to join the anti-Sandinista resistance, Jose Efren Martinez Mondragon had appeared to follow the typical career of the dedicated contra, or counterrevolutionary, guerrilla leader.

Formerly a sergeant in the National Guard of deposed dictator Anastasio Somoza, Martinez Mondragon worked his way up in the resistance movement from commander of a guerrilla training unit in Honduras to become a task force commander who regularly led missions inside Nicaragua. Just six months ago, he was commanding 180 contras on a patrol in Esteli province, deep inside territory normally controlled by the Sandinistas.

Today, however, Martinez Mondragon did something that no contra commander ever had done before: he flew home to Managua to be welcomed by his former foes as a defector. He will take advantage of a Nicaraguan amnesty law approved earlier this year that provides for a pardon for rebels who lay down their arms. Eight weeks ago, Martinez Mondragon and nine other persons, including two other guerrillas, sought political asylum in the Mexican Embassy in Tegucigalpa, Honduras. Initially the Honduran government refused to let him leave the country, although the others were permitted to depart for Nicaragua almost immediately, and his fate was uncertain until a week ago when the Honduran authorities finally let him fly to Mexico City.

The defection ended what Martinez Mondragon described as a prolonged personal ordeal of several years as he grappled with his own doubts about the guerrillas' cause and, even more, about their behavior in the field. In a four-hour interview here last night, he said he left the contras in disgust with what he said were their routine practices of murder, kidnaping and rape of Nicaraguan civilians.

"They are kidnaping and killing people who just want to work," the 26-year-old defector said. "This wasn't a struggle. It was banditry."

While there have been news reports of individual incidents of alleged killings and abductions by the contras of Nicaraguan civilians who were, or were believed to be, Sandinista sympathizers, Reagan administration officials in the past have denied the validity of claims that such practices were routine and characterized the claims as propaganda.

In another assertion that was likely to be controversial, Martinez Mondragon said that the Honduran, Salvadoran and Guatemalan armies have supplied the contras with the bulk of their ammunition and other military supplies since the CIA stopped funding them a year ago.

Spokesmen in Miami and Honduras for the rebel group Martinez Mondragon belonged to were unavailable today for comment on his specific allegations.

Because of the severity of his charges and the unprecedented nature of his defection, Martinez Mondragon's change of heart could contribute to the political debate that extends from Managua to the U.S. Congress. The guerrillas previously have drawn criticism for human rights abuses from some unofficial U.S. monitoring groups. This has become a factor in the U.S. debate over whether Washington should resume financial backing for them.

Several former Sandinista leaders, such as Arturo Cruz and Eden Pastora, and many sympathizers of the Sandinistas have broken with Managua's government and are allied with the rebels. Martinez Mondragon, a middle-level contra field commander, is the first to go the other way.

The defection already has triggered a flurry of activity by several of the players involved, either to control the damage or maximize it.

The Nicaraguan Democratic Force, the largest of the rebel groups and the one to which Martinez Mondragon belonged, already has suggested that the defector had lost some of his mental faculties because of a motor vehicle accident. The force, known by its Spanish initials FDN, also has charged that Martinez Mondragon's lover was a Sandinista spy who may have encouraged the defection.

For its part, the Nicaraguan government wasted no time making the defector available to the media, presenting him both at the interview last night and at a news conference upon his arrival in Managua this morning.

In the interview, Martinez Mondragon alleged that the contras have regularly killed Nicaraguans who refused to join the rebel cause after crossing the border into Honduras or after being abducted and brought there by the guerrillas. He said that there were several clandestine cemeteries for such victims along the Nicaraguan-Honduran border, including one near a hamlet called San Judas in Honduras' Choluteca province, and another at La Lodoza in El Paraiso province.

"If you won't fight, then they think you are a Sandinista infiltrator and kill you," he said.

He said the armed forces of Honduras, El Salvador and Guatemala currently are providing the FDN with the bulk of its ammunition, uniforms and boots. He said he had seen Honduran military trucks and helicopters deliver ammunition and other supplies to contra camps, and that he had learned from friends who handled the rebels' supplies that these three countries' armies were the principal source of materiel.

The FDN's base camps are inside Honduras just across the border from Nicaragua, and the defector said that Honduran Army officers control all deliveries of military supplies to the contras.

Since Congress stopped the CIA from funding the guerrillas a year ago, the source of the rebels' military supplies has been something of a mystery. The rebels say they have continued their fight with the aid of private donations, but several reports have surfaced that the Honduran, Salvadoran and Guatemalan governments were playing an important role.

Martinez Mondragon said that other contra commanders had told him that "the CIA advisers arranged for the Salvadoran, Guatemalan and Honduran armies to provide materiel" to the FDN. He did not say when the CIA supposedly had done this, however.

He said guerrillas frequently had raped civilian women in Nicaragua and abducted them for sexual use.

During a patrol in Nicaragua's Jinotega province last August, the defector said, he came across a group of 40 families near Wina who said that they had been abducted by another patrol from the San Jacinto regional command. This patrol had abducted and raped eight young women from the group, and had killed eight young men who refused to join the rebels, he said.

At that time, Martinez Mondragon said, he radioed FDN military leader Enrique Bermudez to complain about the treatment of the civilians. Bermudez told him "to stop interfering in business that doesn't affect you," the defector said. This was only one of several times that Martinez Mondragon complained to FDN leaders about abuses by the rebels and received unsatisfactory responses, he said.

The interview was conducted in a sitting room at the Nicaraguan ambassador's residence in Mexico City, but the defector said that he had not been pressured to grant the interview and had not been briefed beforehand by Sandinista officials. Nicaraguan Embassy officers wandered through the room from time to time during the talk, but their presence did not seem to affect Martinez Mondragon.

The defector acknowledged that he was seriously hurt in the vehicle accident, when he struck his head hard and was unconscious for a week. He spoke slowly, occasionally lost his train of thought and said that his head still hurt "deep inside" from time to time.

While the FDN has suggested that he cannot be trusted because of brain damage, the FDN did entrust him to command several missions inside Nicaragua after the accident had taken place.

Lyrics by Björn Afzelius and music by Jim Page.

"One day I sat on the beach in Italy and read the Herald Tribune. On page seven was reported an interrogation minutes from Nicaragua. A Contra soldier had had enough of his own activities and freely surrendered himself to the Sandinista regime in Managua. When I read the article, I froze like a dog in the sunlight. I left the beach and went home and wrote the lyrics direct out of the newspaper. The victims in the song are only 2 of 50,000 dead Nicaraguan farmers, whose lives Ronald Reagan has on his conscience if he had such a thing now."

"Martinez Mondragon was the personal bodyguard for Nicaragua's earlier dictator, Somoza. After the Sandanists conquered, Mondragon because the Contra's soldier. After several years of conflict he became the first officer who used Sandinist's amnesty. At a press conference in Manague, he reported about his reasons to leave the Contras. This song is a part of his confession."


The original song by Jim Page is titled "Bobby Cortez" and those lyrics recall his friend from his high school who dropped out of school and was killed in Viet Nam. The tombstone at the school has the names on it of those who fell in the war. Bobby Cortez is number 4 on the list.
We left our camp
before the sun broke out,
we were eleven privates
and a captain in our unit.
We went towards Nicaragua,
and reached the border at 7:00,
and already by 8:00
we came to the first village.

Our assignment was to recruit
farmers from the village,
but it seemed that most
of them had already found time to flee.
We found only one who hid
in the well in a town square
When we found him we cut
the end of the rope, mostly as a joke.

He could not swim,
lt became serious in time;
His wife stood and yowled
like she was a dog.
We dragged him out of the water
and we demanded some answer,
among other things of
where the others had gone.

He shook his head
and hit out with his arms.
he was knocked down by the captain
with a kick in the intestines;
The poor one began to cry
and beg for his children
and he swore by everything holy
that he had no answer.

The interrogation led nowhere,
in spite of threats of all sorts.
The interrogation leader captain,
soon lost his patience;
he hissed out an order,
a few soldiers came forth.
and soon the wife lay tied up
in the square's hot sand.

They raped his wife carefully,
I remember there were three.
Her husband became so upset
that he must be quieted down;
Unfortunately he took the beating badly,
perhaps he was a little delicate.
because when the whole thing was over,
the farmer was in fact dead.

When the woman was released she screamed
that she must also die.
She clawed herself in the crotch
so her dress became red;
I couldn't watch it,
I must look away
but the captain took his responsibility,
and he made the suffering short.

I had a hard time gradually to
understand what happened myself;
One can refer to every war's
brutalizing effects,
It can be a partial explanation
that I am not a Sandinist,
but I don't think myself that it makes
the story less sad.

We murdered two poor ones,
that is an eternal shame;
But I hope that I can be allowed
to compensate what I can.
So with the jury's good memory
I want to meet their children,
and I will do everything I can express
to honor their mother and father,

I stand in all the events
to your disposal;
I have suspended myself voluntarily,
I don't murder any more.
I now renounce the Contras,
the CIA, and the Pentagon,
and the men who bought me
in the far away Washington."

...they left their camp
before the Sun broke through,
they were 10 privates
and a captain in his unit.
They walked towards Nicaragua,
the border was reached at 7:00.
and already by 8:00
they came to the next village...