No Use For Him 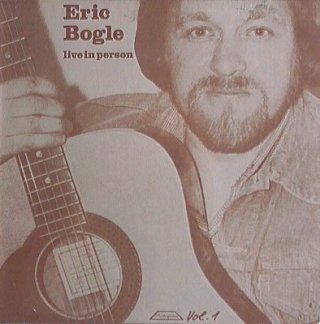 “After working for British Railways for nearly thirty years, my father was made redundant during a big economy drive to make the railways profitable [the Beeching Cuts, when more than 2,000 local railway stations were closed down]. To show their appreciation for all his years of service they allowed him to keep his railway uniform, which consisted of a jacket, cap, trousers, waistcoat and overcoat. They also gave him a choice of redundancy payment of seven hundred pounds in his hand or a pension of about nine shillings a week until death. He chose the lump sum, which was just as well because he was out of work for two years, which to a proud man like him was almost unbearable. He even refused unemployment pay, said he'd rather starve, which he nearly did.”
(Eric Bogle, february 1975)
My father was a big strong man, he worked hard all his life
He was always in a whisky-glass, he was never out of strife
A proud and stiff-necked man he was, he'd never bow nor bend
He called no man his master, and very few his friend
But they broke him in the end when they'd no use for him

I spent much of my childhood time up in the signal box
High in my father's castle, twenty feet above the tracks
And crash!, would go the signals as he flicked them with his hand
And the mighty cars of steam and steel would stop at his command
And oh, but it was grand, when they had a use for him

When you're fifty-five years old and you're looking for some work
Nobody wants to know your face, no one gives you a start
So I watched him growing older and more bitter every day
As his pride and self-respect were slowly drained away
There was nothing I could say, they had no use for him