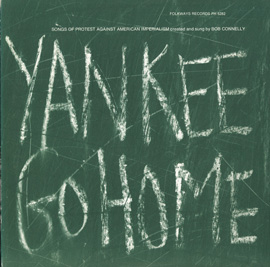 
American missionaries, in their zeal to bring the benefits of Christianity to the entire world, first
arrived in Hawaii in the 1830's. They had been preceeded for a number of years by New England whalers, and followed shortly by many businessmen. By 1849, when France appeared on the verge of annexing the Islands, American involvement in Hawaii was so strong that the government of the United States informed the French that it would "Never with indifference allow them to pass under dominion or exclusive control of any other power." By 1854 Secretary of State Marcy negotiated a treaty of annexation with the Hawaiian government, but it was aborted by fierce British opposition.

By 1892, the situation had changed. American investments in the Islands had increased and the price of sugar, Hawail'a major crop, was down. In January of 1893, the native Hawaiians revolted against the foreigners in their land and the Minister Plenipotentiary from the United States to Hawaii, John L. Stevens, requested from President Harrison and received ships and marines to put down the rebellion. For the next four years President Grover Cleveland resisted all attempts by Congress and American businessmen to annex the Islands. After the Spanish-American War, however, when it became clear to Congress that the safest way of controlling the Phillippine Islands (just won from Spain) was by making the Hawaiian Islands secure American property, the Hawaiian Islands were annexed.