All My Heroes Are Dead 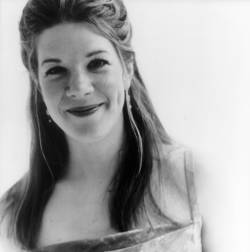 Dar Williams.
You gotta admit Life magazine made 1968 look great,
My father said it sucked, everybody died.
All the troops you couldn't save, no one knew how to be brave,
He said sometimes you were afraid to turn your radio on.
It was enough to make you quit that peacenick scene.
Well I heard about leaders, yeah I heard they're no longer around,
Cause peace was abandoned, and bravery hanged in his town.
And they passed down a sentence for building on the beauty of some dream.

All my heroes are dead, I got them in my head, saying
Never again, never a war, no more fighting.
So I'll stay true to them, and they'll come home again,
I'll carry the light, follow the dream, I'll remember.

The '68 convention was a singing the times they are a-changing,
Well I guess they a-changed back.
Oh I miss those peaceful folk, love and humor when they spoke, hey
Phil Ochs you still sound great, should've stuck around to hear it.
They say that compact disc makes songs come true.
But Phil I never expected that I'd miss you like a friend,
Cause I never expected that we'd be marching again.
And the soldiers of peace would tumble from this life as in a war.

All my heroes are dead, and all the books I read,
Said "This is greed, this is wrong, fight your war at home".
So I'll stay true to them, and they'll come home again,
I'll carry the light, follow the dream, I'll remember.

So back to the present passion, romance, love, or simply
put a lack thereof.
Shall we go on?
I don't take it personally, it's our post-modern history,
You know since Nixon was impeached it's just been hard to commit,
So we cast our allegance left and right.
But I always believed that our souls would come through.
So I never expected that you'd take her home with you.
And I never detected, how hardened and not sorry you
could be. Don't you know?
All our heroes are dead, we got ourselves instead.
And oh my friend, all your lies, they won't do you.
You gotta stay true to them, and they'll come home again,
I miss them too, I miss them too, you know I miss them
more than I love you.