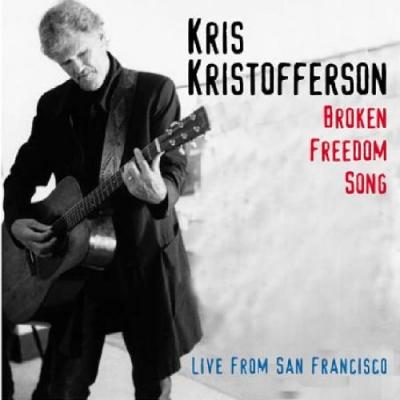 Got a song about a soldier,
ridin' somewhere on a train
empty sleeve pinned to his shoulder
and some pills to ease the pain

Started drinkin' in El Paso,
he was drunk in San Antone,
tellin' strangers who were sleepin'
how he hated goin' home

Just a simple song of freedom,
he was never fightin' for,
no one's listenin' when you need 'em,
ain't no fun to sing that song no more.

Got a song about a sister,
waitin' somewhere by the phone,
for some man who never missed her,
ever since he come and gone

And its harder for a woman,
with a baby on the way,
that's the price of bein' human,
when you're poor enough to pay,

So she listens to the freedom,
in the silence at her door
no one's missin' till you need 'em
ain't no fun to sing that song no more

Got a song about a Savior,
lookin' lonesome and afraid,
at a city full of strangers,
and a cross He never made

And He's sadder than He's wiser,
and a longer way from home,
and He wonders why His Father,
left Him bleeding and alone.

Just a broken song of freedom,
and the closing of a door,
no one's missin' till you need 'em
ain't no fun to sing that song no more.