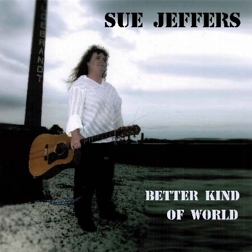 The foreign fighters' strong man spoke from far across the sea
We must crush the evil doers, that's what Jesus said to me
They have botch-you-lism, anthrax, and want yellow cake and tubes
To make nukeyaller devices - and I swear that it's all true

After 20 days, 2000 tons of bombs and thousands dead
The foreign fighters climbed a statue, put their flag over it's head
Said torture chambers, secret police are gone forever more
Then put soldiers in their stead, did the same behind locked doors.

And they said we're hear to liberate and not to occupy
We've found no weapons of MD but many more will die
If we keep killing civilians we just can't be blamed for that
It's the fault of all the foreign fighters we've been shooting at.

They started wrapping villages with razor wire and guns
Put up signs that said this fence is here for your protection
Do not approach or try to cross or you'll be shot to make clear
The foreign fighters are just here to help with violence and fear ?

The foreign fighters bombed a wedding party and they said
We targeted a compound - those were bad guys in the beds
So the witnesses and video all say that we were wrong
But they were doing foreign terror dances, and singing foreign songs

A foreign fighter cheerleader made his position clear
in Iraq affairs, for'ners should not interfere
We'll install the proper folks in our brand new democracy
and Pax Americana will reign from sea to burning sea..