Time for Asking Why 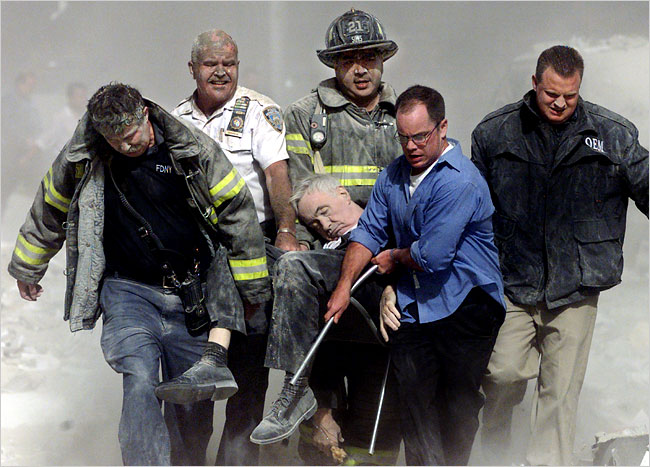 "I often think of Fr Mychal Judge. He was chaplain in the New York Fire Brigade and the first official victim in the murderous events of 9/11. I had met Mychal several times when he came to Ireland to help out with our Peace Process. I thought it sadly ironic that the death of someone who had spent his entire life saving innocent lives could be somehow used as an excuse for more innocents to die.

This song is for America not against America. It is directed, however, towards a relatively small group of individuals who come to power from time to time, wrap themselves in stars and stripes and then proceed to behave in the most unjust and shamefully anti American way."
I remember September turning on the TV
The horror and sorrow I could not believe
Murder and burning and insanity
Once more we sat watching and grieving
And leaders were asking just how could it be
From where and just who did this terrible deed
But no one asked why is such hatred conceived
Or where is the lesson for learning

A people excluded will say it's not fair
There's enough to go round so why don't you share
You're preaching equality yet you go there
And grab all their food from the table
Is it hunger for power that's blinding your sights
Does it block out the stars does it tear up the stripes
Denying your justice, your freedom, your rights
Who is betraying America
It's time for asking why

I dream that America still has a dream
When empires will pass and children will sing
Of Seeger and Guthrie and good Martin King
A song of peace to all nations
God bless America muster her power
To care for her sick to look after her poor
Bring peace to her children not send them to war
And never be fearful to question.