>>> Verse of Building Bridges is translated into Danish by the Danish... 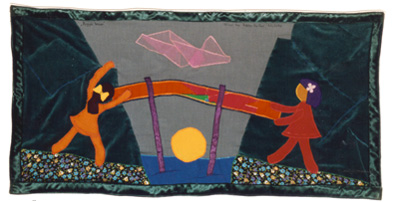 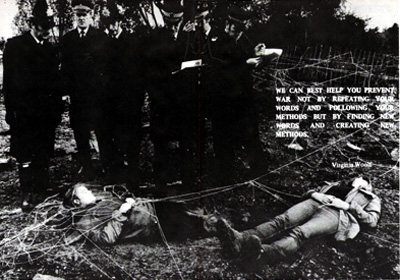 No information about author and composer.

Second verse added from Chants: This a combination of songs from the net and personal collections (compiled in this form by Syrylyn Rainbow­Dragon.) Some of this collection of Pagan songs was assembled by Walking Stick.

Hear Building Bridges and Stand Up
sung by 1world Peacesingers.

Building Bridges was discovered by a British Quaker named Elizabeth Cave. She heard the song at Greenham Common. Elizabeth Cave sent the song to the Britain Yearly Meeting children's meeting newsletter where it was published. Someone else saw it there and submitted it to Sing Out Magazine, who published it in their RISE UP SINGING collection. Nick Page’s arrangement of this round, which was premiered at GA 2002, is published by Hal Leonard’s Publishing.
Blood, Peter; and Annie Patterson (eds.) / Rise Up Singing, Sing Out, Sof (1989/1992), p194 ]

Building Bridges
Words: The women of Greenham Common peace occupation in England, 1983
Music: Contemporary English Quaker Round
Building bridges between our divisions
I reach out for you, won't you reach out to me
With all of our voices and all of our visions
Sisters, we can make such a sweet harmony ...

Dear friend, dear friend.
Let me tell you how I feel.
You have given me such treasures.
I love you so.