Da/From: "Shadows On A Dime" 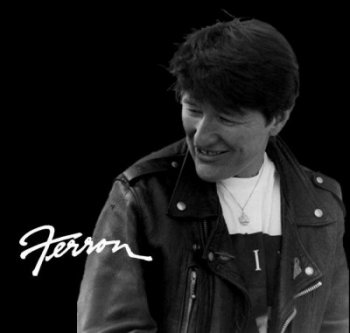 But you who dream of liberty
must not yourselves be fooled
Before you get to plea for freedom,
you have agreed to be ruled
If the body stays a shackle
then the mind remains a chain
That'll link you to a destiny
wherby all good souls are slain.

Of three men in a desert wandering,
one is knowing and two are scared
They say time is in the river,
but the river is not there
Dry in spirit dry in body
two will lend themselves to death
And in grief one weeps into his hands
and drinks his bitter tears

And as I stand before you now,
I am hopeful in my rage
You know love has finally called for me,
I will not wilt upon its stage
But still smaller than my nightmare
do I print upon the page
Do we have to live inside its walls
to identify the cage?

I am my mother's daughter,
but I have seen myself in you
It's this blessing that I follow now,
and so I must speak true
I dreamed of thousands dying,
it was you and you and you,
And while the city sleeps so quietly
there is something we must do

And it wont' take long,
it won't take too long at all,
It won't take long, and you may say,
"I don't know if I wanna know what you're getting at,"
and it makes me wanna say, "So long."

Because grief will come in measures,
only grief alone will know
And you'll see it on your family,
on your own face it will grow
And they'll try to keep you hungry,
then they'll tell you to eat snow
You know pride can be a moving thing
if we learn the strength of "NO!"

At noon on one day coming,
human strength will fill the streets
Of every city on our planet,
hear the sound of angry feet
With business freezed up in the harbour,
the kings will pull upon their hair
And the banks will shudder to a halt,
and the artists will be there

Division between the peoples
will disappear that honoured day
And though oceans lie between us,
lifted candles light the way
Half will join their hands by moonlight,
the rest under a rising sun
As underneath the sun and moon,
a ritual'd wailing has begun.

And beware you sagging diplomats,
for you will not hear one gun
And though our homes be torn
and ransacked we will not be undone
For as we let ourselves be bought,
we're gonna let ourselves be free
And if you think we stand alone,
look again and you will see:

We are children in the rafters,
We are babies in the park,
We are lovers at the movies,
We are candles in the dark,
We are changes in the weather,
We are snowflakes in July,
We are women grown together,
We are men who easily cry,
We are words not quickly spoken,
We're the deeper side of try,
We are dreamers in the making,
We are not afraid of "Why?