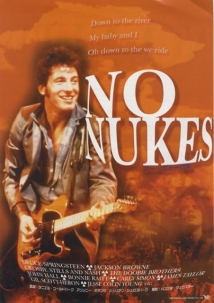 A quel periodo risale questa canzone che fu però pubblicata solo nel 1988 come B-side del singolo "One Step Up" dall'album Tunnel of Love (e poi nella raccolta "Tracks" del 1998).
We left the toys out in the yard
I took my wife and kids and left my home unguarded
We packed what we could into the car
No one here knows how it started
Suddenly everything was just so out of control
Now I want some answers, mister, I need to know
I hear all the talk but I don't know what you're sayin'
But I think I got a good idea of the game that you're playin'

I grew up here on this street
Where nothin' moves, just a strange breeze
In a town full of worthless memories
There's a shadow in my backyard
I've got a house full of things that I can't touch
Well all those things won't do me much good now
I was a fireman out at Riker's, I did my job
Mister, I've been cheated, I feel like I've been robbed
I'm the big expendable, my life's just canceled null and void
Well what you gonna do about your new boy

Roulette, you're playin' with my life
Roulette, with my kids and my wife
Roulette, every day the stakes get bigger
Roulette, a different finger on the trigger