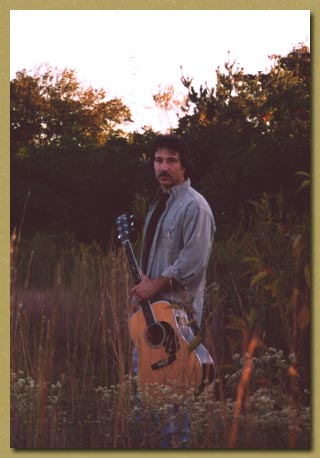 He sees too many people
Causin' too much congestion
Terrorist threats from Biological Weapons
Junk mail, road rage and gang confrontations
Random shootings by geeks with frustrations
Every bodies cryin' they been beat 'n abused
Hear all about it on the six o'clock news!‎

We got clueless do-gooders with too much time on their hands
While greedy corporate barons are rapin' the land
Too much government, labor unions disbanded
Another public officials' been caught red-handed
You buy your politicians, your justice and your power
Yea it's all about the money and dirty deals every hour

Nafta sellouts, soft money kickbacks
It's just kings in castles keepin' slaves in sweat shacks
It's clearly obvious they don't give a damn
Another greedy plot to undermine the poor man
Aren't you tired of all the phony talk
Sick of all the lies
I have seen enough of the guilty walk
And I've heard the victims' cries!‎

Then there's the hypocrite
With secrets he won't admit
Preachin' 'bout the fall of ethics and faith
With a bible in one hand and a gun in the other
He praises the Lord while he shoots his brother
An endless vicious cycle, wonder who's keepin' score
You take your poverty, prejudice, your sickness and war!‎

We got illegal aliens bitchin' 'bout their rights
Cyber freaks stalkin' the net all night
Baby's growin' cold from being neglected
People lyin' in the streets fully disconnected
While brainless parents are fightin over games
It ain't no wonder kids are goin' insane
Don't it make you want to throw-up, it's such a disgrace
Still havin' to put up with a Sub- Human race!‎