A Song for Grace

>>> The beautiful and tragic story told ... we would do well to remember... 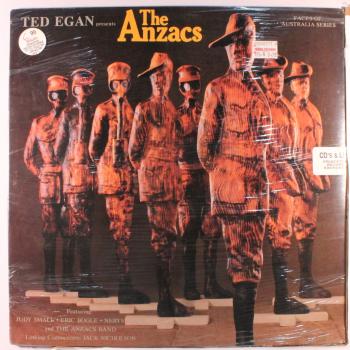 I was a girl of thirteen when my three brothers went to the war;
Martin, and Robert and Jack, and as I waved from the door
I thought: “Who in the world could have brothers as handsome as they?”
Three Australian Light Horsemen, I see their proud figures today.
‎
Our parents were Irish, with no love for England at all,
But their sons were Australians, and each bravely answered the call,
In their turned-up slouch hats, and their feathers, and leggings, and spurs,
The Empire, as much as their my mother, knew these sons were hers.‎

The beautiful and tragic story told ... we would do well to remember the arrogance and indifference demonstrated by the English both here and repeated many times across the world. Beware those who are happy to tell you who our enemies are, yet never stand to face that enemy across a field of battle.