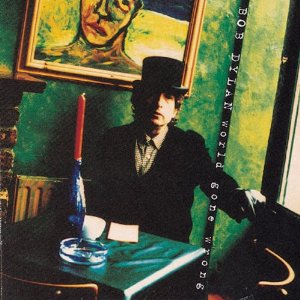 He was just a blue-eyed Boston boy,
His voice was low with pain.
"I'll do your bidding, comrade mine,
If I ride back again.
But if you ride back and I am left,
You'll do as much for me,
Mother, you know, must hear the news,
So write to her tenderly.

"She's waiting at home like a patient saint,
Her fond face pale with woe.
Her heart will be broken when I am gone,
I'll see her soon, I know."
Just then the order came to charge,
For an instance hand touched hand.
They said, "Aye," and away they rode,
That brave and devoted band.

Straight was the track to the top of the hill,
The rebels they shot and shelled,
Plowed furrows of death through the toiling ranks,
And guarded them as they fell.
There soon came a horrible dying yell
From heights that they could not gain,
And those whom doom and death had spared
Rode slowly back again.

But among the dead that were left on the hill
Was the boy with the curly hair.
The tall dark man who rode by his side
Lay dead beside him there.
There's no one to write to the blue-eyed girl
The words that her lover had said.
Momma, you know, awaits the news,
And she'll only know he's dead.

'Twas just before the last fierce charge
Two soldiers drew their rein
With a touch of hands, and parting words
That they might not meet again.

One had mild blue eyes and curly hair,
Just nineteen years, you know,
With rosy cheeks and childish brow;
He was only a boy, you know.

The other was tall, dark, daring, and proud,
Whose faith in this world was dim.
He only trusted most in them
Who were all the world to him.

They'd rode together for many a day
And marched for many a mile.
But ne'er until now had they met a foe
With a peaceful common smile.

They looked in each other's eyes
In the face of an awful doom.
And the tall dark man was the first to speak,
Saying,"Charlie, my time has come.

"We'll ride together into the fight,
But you'll ride back alone.
Then promise a little more trouble to take
When I am dead and gone.

"I have a face upon my breast,
I'II wear it into the fight, -.
With deep blue eyes and goiden hair,
A face like morning light.

"Like morning light 'twas love to me
To brighten my lonely life;
And little I've cared for the flowers of this world
Since she promised to be my wife.

"Write to her, Charlie, when I'm gone.
Send back this fair young face.
Write and tell her how I died
And where is my resting place.

"Tell her I will meet her on the border line
Of earth and heaven between.
I know she'll meet me over there,
And it won't be long, I ween."

There were tears in the eyes of the blue-eyed boy,
His voice was filled with pain.
"I'll do my comrade's parting wish
If I ride home again.

But if you ride back and I am left,
Will you do as much for me?
For I have a mother to hear the news.
Write to her tenderly.

"One after another she has lost.
She has buried all her husband's sons.
And I was the last to my country's call,
But she cheeredly sent me on.

"She is waiting at home like a praying saint,
Her fair face filled with pain.
'Twill break her heart when she hears I'm dead;
I'll meet her soon, I know."

Just then there came an order to charge.
An instant hands touched hands;
Eyes answered eyes, and away they dashed
To that bold devouring band.

They rode together to the brow of the hill,
Where the soldiers were stationed well,
Past clouds and drifts of burning shots
That cheered them as they fell.

But they had to turn from the awful fight;
That fight they could not gain.
And all those whom death had spared
Rode quietly back again.

But among those dying upon the field
Lay the boy with the curly hair,
And the tall, dark man that rode by his side
Lay dying by him there.

There is no one to write to that blue-eyed girl
Those words her lover said,
And the mother that's waiting at home for her son
Will learn that he is dead.

She ne'er will know his last fond words
To cheer her in her pain,
Until she crosses the river of death
And stands by his side again.