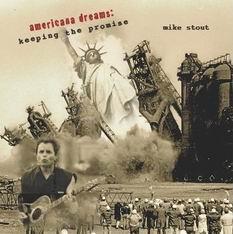 The story of the 29 miners killed on April 5, 2010 about 1,000 feet (300 m) underground at Massey Energy's Upper Big Branch coal mine at Montcoal in Raleigh County, West Virginia should be kept alive so that mine safety laws are strengthen and enforced.
Twenty-nine more miners buried and gone
Twenty-nine more miners never going back home.
Everyday workers, just like you and me,
Tryin' to bring home a paycheck to their family.

The coal dust -and methane at a level too high,
At the Upper Branch Creek explodes in mine
Sucks out the life from their lungs and their souls..
Twenty-nine more miners for a bucket of coal.

Mr. Blankenship and Massey at a press conference declares,
With crocodile tears he acts like he cares.
Said he'll pay for the funerals and with the families he'll mourn;
Then it's business as usual, there's profits to earn.

We got the science and the knowledge, technology today,
To make every coal mine productive and safe.
But when there's no regulation or enforcement in place,
The miners' health and safety gets buried away.