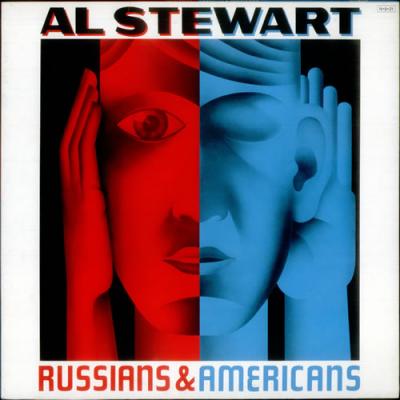 So here we stand at the edge of 1984
Bracing ourselves once again
For the storm approaching as those
Who long before huddled in caves from the rain
The enemy's face is so hard to see
Sometimes it seems that I see him in you
Sometimes in me
Who can he be?
No use consulting the prophets and leaders they all disagree

From the wars of Europe, the pilgrim fathers
Set off with their hopes and their bond
Some settled down by the coast, others crossed
The mountains and into the flatlands beyond
From scramble and dust of Muscovite streets
Merchants develop the trade routes,
And open the door to the East.
Pioneer waves
Choked by the cold breath of winter,
Or baked by the heat of the day

Two runners caught in the thrill of the race,
The finishing line is as far as the stars that the satellites chase
Why quicken the pace?
Why does it seem that you choose to lose reason before losing face?