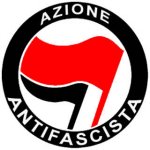 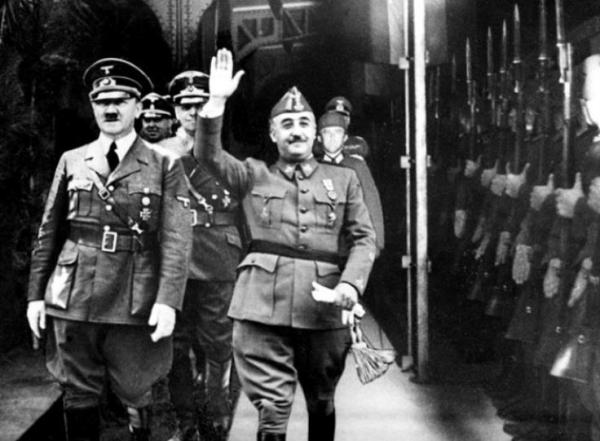 God save the king.
Notes:

"There's supposedly a wave of conservatism sweeping the country (sounds familar) and as the groups move farther and farther to the right, they find fewer and fewer songs that can be sung by people or groups as a whole...and when they finally arrive, I'd like to...I wrote this song for them, so they can sing when they get together." -- Phil Ochs

About the Henry Ford reference: "Along with making Model-T Fords, he set a Jew hating tone which helped inspire Hitler's rise to power." --- Dave Appelbaum. [Check out David Rovics' song Henry Ford was a Fascist]

Rob Geller tels me that the reference to "Henry Ford" is really a misheard reference to Hendrik Verwoerd who ``was the prime minister of South Africa in the early '60s and is widely considered "the architect of apartheid." He was a Nazi sympathizer who promoted the science of eugenics and laws modeled after Germany's "racial purity" laws. Verwoerd was stabbed to death by an assassin in 1966 and today is the hero of the white seperatist movement in South Africa. While it's important to remember Henry Ford's contribution to the Fascist cause, Phil was casting his eye on the heroes of international Fascism when he wrote this song."

Oh we're meeting at the courthouse at eight o'clock tonight
You just come in the door and take the first turn to the right
Be careful when you get there, we'd hate to be bereft
But we're taking down the names of everybody turning left

Now there's no one that's certain that the Kremlin doesn't touch
We think that Westbrook Pegler doth protest a bit too much
We only hail the hero from whom we got our name
We're not sure what he did, but he's our hero all the same

Well you've heard about the agents that we've already named
Well M.C.A. has agents that are flatly unashamed
We're after Rosie Clooney, we've gotten Pinky Lee
And the day we get Red Skelton won't that be a victory

We'll teach you how to spot 'em in the city or the sticks
'Cause even Jasper Junction is just full of Bolsheviks
The CIA's subversive and so's the FCC
There's no one left but thee and we, and we're not sure of thee

spoken: Friends, do you want Justice Warren to be your Commissar?

Do you want Mrs. Khrushchev in there with the DAR?

You cannot trust your neighbors, or even next-of-kin

If mommy is a Commie then you gotta turn her in


NOTES:
The songbook states that some Bircher's used the song themselves, and saw it
in a positive light. And don't forget the organization dedicated to the
preservation of wooden toilet seats - The Jack Ash Society.