We are Gentle Angry Women (Singing For Our Lives) 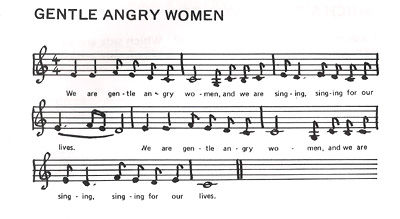 Original author and composer: Holly Near.
Hear Holly Near sing Singing For Our Lives

Altered lyrics by the women of Greenham Common. No information about author.
Also published in the Chant Down Greenham songbook.

Another text version is at: http://www.isis.aust.com/rtn/songsural...

Also typewritten and published in the Anti-nuclear songbook.

Malvina Reynolds in 1972. She listed "We Are a Gentle, Angry People... 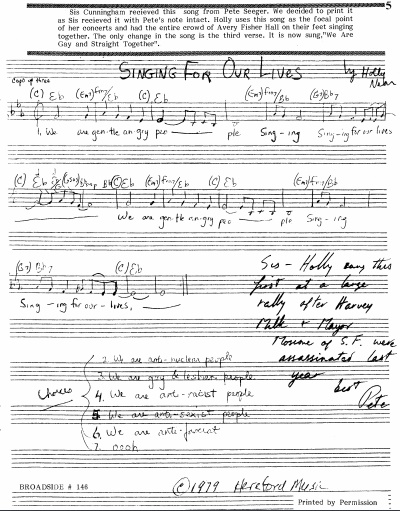 We are a gentle, angry people
and we are singing, singing for our lives

We are anti-nuclear people
and we are singing, singing for our lives

We are gays and lesbians people
and we are singing, singing for our lives

We are anti-racist people
and we are singing, singing for our lives

We are anti-fascist people
and we are singing, singing for our lives