​Walking in the Snow 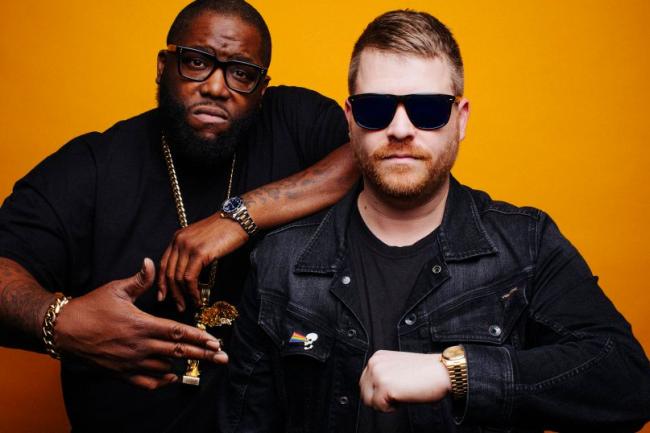 “walking in the snow” features commentary from both El-P and Killer Mike on a number of different social issues, but mainly focuses on both police brutality and the system’s “enslaving” of all people who aren’t at the top of society.

The track was first teased by El-P on May 26, 2020 with a video posted of Killer Mike’s charged vocals on police brutality.

This track also features the second collaboration of Run The Jewels with Gangsta Boo, who previously collaborated with RTJ on the track “Love Again (Akinyele Back)”.

Genius
[Verse 1: El-P & Gangsta Boo]
Get a dose, a dirty code to go, been cold since Co-Flow
Got a wire or two unlodgin', I'll set a fire down below
I'll hang it up when you say, "Sorry, I didn't know"
Prolly got a year or ten to go, so let's go
I don't really know how to go slow
Just got done walkin' in the snow
Goddamn, that motherfucker's cold (Ayy)
You in the wrong mode, you open and closin' your hole, it's a no go
This whole world's a shit moat, filled to the brim like Gitmo
When you think it don't get mo' low it limbo 'til the sticks on flo'
All oppression's born of lies, I don't make the rules, I’m just one guy
All due respect, if getting spit on's how respect is now defined
Hungry for truth but you got screwed and drank the Kool-Aid, there's a line
It end directly at the edge of a mass grave, that's their design
Funny fact about a cage, they're never built for just one group
So when that cage is done with them and you still poor, it come for you
The newest lowest on the totem, well golly gee, you have been used
You helped to fuel the death machine that down the line will kill you too (Oops)
Pseudo-Christians, y'all indifferent, kids in prisons ain't a sin? Shit
If even one scrap of what Jesus taught connected, you'd feel different
What a disingenuous way to piss away existence, I don't get it
I'd say you lost your goddamn minds if y'all possessed one to begin with

[Verse 3: Killer Mike & El-P]
Who really wanna run it with the Jewel Runners?
Go hellfire hot in a new sauna
It's a cold winter, baby, and a cruel summer
I suicide bomb in the blue Hummer
And emerge out the side, not a bruise on 'em
Bad news come in twos, son, do somethin'
Treat beats like a wet thigh, chew on 'em
Got a stroke row crew on 'em, move on 'em
We be the heroes, the breakers of chains, and the busters of locks (Locks, locks)
You be them suckers supportin' them snitches that talk to the cops
This the Illmatic of turning your face into fucker foie gras
I'm not so sure opportunity's knocking, it's probably the law
Word to the old school tape decks
I get Radio Raheem respect
My Nike pendant sacred
Similar to the Ghostface bracelet
Fire in the hole, oh, no joke
Prolly go broke just off smoke
Fuck are we gonna do, not smoke?
Get a job, play the role, be adults?
Nah, I'ma do me, arigato

[Outro: Gangsta Boo]
First of all, they cheated (Haha)
'Cause they, one of 'em black and the other one white (Uh-huh)
So if you don't like 'em, you automatically racist (Ah, oh, well)