Double-sided anti-Vietnam War single, with the tracks "Why Is It?" and "When I Come Home" (A & G Records # AG 2041) - this label was almost certainly based in New York, with A & G standing for Al Grannum, a radio DJ for WLIB. His program in the late 1960s and early 1970s focused on R&B groups. This record was released under the name "Al Grannum & the Granulated Souls". There is a picture of Grannum in a 1971 article from the The Daily Register, based in Red Bank, New Jersey, in which Grannum was helping out at a community party. Is there a connection to Hugh Grannum, the Detroit based photographer? The record was also released in Jamaica - Why Is It? / When I Come Home (Dynamic Sounds # AG 2041). 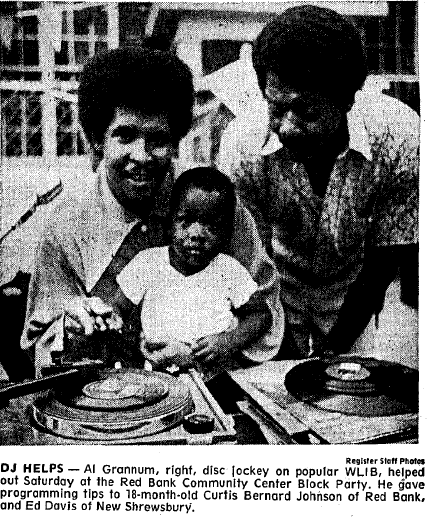 So in the first track, "Why Is It?", the narrator, in spoken-word, said that he was "sick and tired" of hearing about children starving and "soldiers dying". He wanted to know "how many men must die". At the end of the song, he turned his attention to problems in the US, such as child malnutrition, while "millions of dollars are being spent on the war". Thus, this was a peace song, questioning the human cost of war.

Vietnam War: Soul, Gospel, & Funk Records
The way things are today is bad
and when you think of what the world could be
It really makes you sad
You know, I'm so sick and tired
of reading the news each morning
about what's going on in the world today.

How long is gonna take
before the human race
Can truly learn to live together
try some loving
instead of hating
tell me why is it
why is it?
I've got to know
I really wanna know
Why so many men must die,
make the ultimate sacrifice
What does it represent?
A young man life being spent