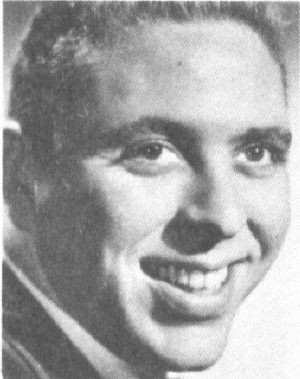 Citazione della canzone popoloare When Johnny Comes Marching Home (vedi Johnny I Hardly Knew Ye)
When Johnny comes marching home again hurrah, hurrah,
we'll give him a hearty welcome then; hurrah, hurrah,
The men will cheer and the boys will shout,
the ladies they will all turn out,
and we'll all feel gaaaaaaaaaaaaaaay!

He left when he was just a kid. hurrah.
and he fought, just like his daddy did. hurrah.
Now he wants a piece of the world he's earned.
but how to kill is all he's learned.
if he gets left out we'll all be burned, when johnny comes marching come.

They taught him in church when he was very small. hurrah.
to worship peace, have love for all. hurrah.
then they drafted him when he turned 18,
and they shaped him into a death machine;
now he's a heavy cat with an M-16,
as Johnny comes marchin' home.

He's got to learn to love again.
to live at peace with other men.
but killing's been washed into his brain;
ask Jesus Christ, the man's insane!
and what if he joins the weathermen
when johnny comes marchin' home?

He knows the lessons that war can teach. hurrah.
the same ones his dad learned on Anzio beach. hurrah.
he'll tell his kids that war is hell,
but 20 years later his chest will swell.
and when his kid's drafted he'll wish him well;
cause Johnny came marching home.

But next time may not be the same. hurrah.
they may not play the warrior game! hurrah!
cause' an 18-year-old with a vote to cast
can't be marched off to war so fast!
and the boys WE brought may be the last!
and Johnny can stay at home.