Don't Get Me Started 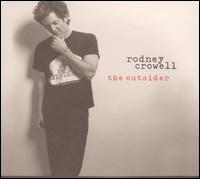 We ran into trouble scamming for oil
The whole Middle East is coming to a boil
It's the Muslims and Kurds, Bedouin herds
Palestinians and Arabs and Jews in the news

It's too much to keep up with, it'll jangle your head
The whole situation's running way in the red

I was born in America and I'm proud of that fact
I wish the rest of the world would get off our back
But these slick politicians, man, you've got to admit
Seems as crazy as bedbugs and they don't give one whit

About the man on the street with his back to the wall
Who can't find a quarter for to make a phone call
Meanwhile back in Washington, the champagne will flow
Tell that to the homeless man with nowhere to go

The rich corporations have turned a deaf ear
They don't care who goes hungry, they've made that much clear
You see the trouble with people is we wanna believe
But they can't turn a profit without tricks up their sleeve

It's the roofers and truckers, the working class suckers
The firemen and teachers, the soldiers and preachers
Who shoulder the blows, it comes and it goes
A six trillion dollar debt, you pay through the nose

East Timor's genocide to the core
The Indonesian legions come and give 'em what for
When the Coalition Army doesn't come to your aid
You might as well face it, there's no money to be made

I had a dream last night, I was secretary of defense
And I came to the conclusion, war doesn't make any sense, yeah
But nobody heard me when I tried to rescind it
There were too many people that just didn't want to end it